Welcome to our Aotu World Tier List 2022, which provides a comprehensive overview of all available Aotu World Character Tier List as well as their associated Meta skills,

Aotu World is a fast-paced strategy RPG game developed by GaeaMobile. You can Style your own fashionable and bright clothing to make a statement. You can also Experience all-new tactical combat that is fast-paced and exciting. Explore and discover Aotu World’s greatest secrets.

So come and take a look at these Aotu World Tier List 2021 & Aotu World Character Guide. 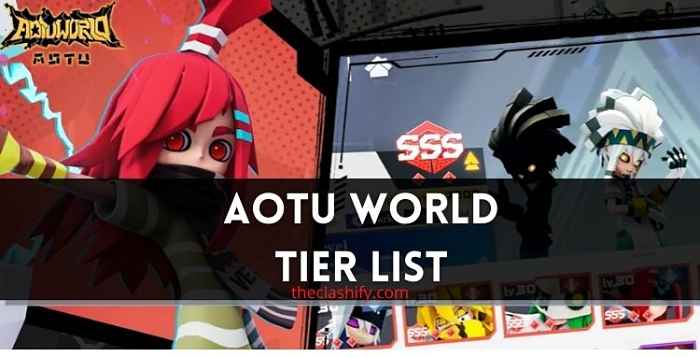 When you enter the Aotu Tournament, the first Contestant you meet is King. Don’t be fooled by his happy mood and upbeat demeanour; he’s a powerful ContestantCharacter on the rise. He is from the planet Dungru, which is plagued by high taxes and forced labour.

The second character you meet when you begin your Aotu Journey is Phantom Stone. He is the Stone Summoner Clan’s second son. Phantom was always overshadowed by his talented brother Gene as a child. When it came time for him to perform the Stone Clan Succession Ritual, he botched it and was thrown out like trash. He entered the Aotu Tournament in order to change his fate and strengthen himself.

Grey is the last of the Watchers and the only one who has survived. He slept alone in a hibernation chamber until he was awakened by a weird voice.

Grey began on a mission to explore numerous planets in order to perfect his skills and learn the truth about what happened to his ancestors. During his adventures, he came across the planet Dungru, where he met King and became friends with him.

Grey travelled to the Aotu Tournament in order to learn more about the Watchers and the Creator. He soon climbed to second place on the Scoreboard and won Godrose’s approval, the highest-ranked Contestant.

Grey wields a unique greatsword called Slasher. He has such mastery of this enormous blade that he can chop and slice any foe with ease. He can also utilise Slasher to defend himself by creating barriers. Slasher’s final form is a massive sickle that slashes through all opponents on the battlefield.

Emy is armed with the terrifying-looking Devil Arms, which are mechanical arms that manifest from his inner might.

While he specialises in close combat, his Devil Arms may also be used to throw projectiles at a medium range. The arms’ exoskeleton has a sinister appearance and changes shapes in response to Emy’s emotions and I think Emy is capable of protecting his sister from the perils of the Aotu World.

Kalie’s background is hidden from the public. She grew up in a difficult atmosphere before entering the game, having to live every day watching out for herself and eliminating anyone who threatened her.

Her exploits and abilities earned her the moniker Nebulatrix. She chose to participate in the Aotu Tournament to bring some excitement to her life. By fooling other players, she soon moved to number 101 on the Aotu Scoreboard.

A front-line tank that withstands attacks, relying on counterattacks to deal damage. Skilled in both survivability and damage output.