Hi guys, I will show you Arma 3 Guide and Arma 3 Tactical ArmA Guide. For anyone that is new to the tactical side of ArmA outside of popular public game modes as well as those that want to get into organized events.

You will find the knowledge you need to join just about any organized group in the ArmA Community, all in one place. Built by a collection of great artwork creators and experienced tacticians, unit owners, and ArmA-veterans alike.

The idea behind this Arma 3 Guide 2022 is to have something to give to someone, that is completely new to ArmA. We are not aiming to teach you complicated procedures or similar, this is just meant as a quick dive into ArmA’s most used features, the different soldier specialization, vehicles, team structure, and ACE3’s most used features. Anything more advanced than what’s shown here should be handled by the group said player is joining.

The following content will be based around the features of “Advanced Combat Environment 3” (ACE3), as you can expect >95% of organized groups to run this mod. A list of contributors can be found at the end of the guide. 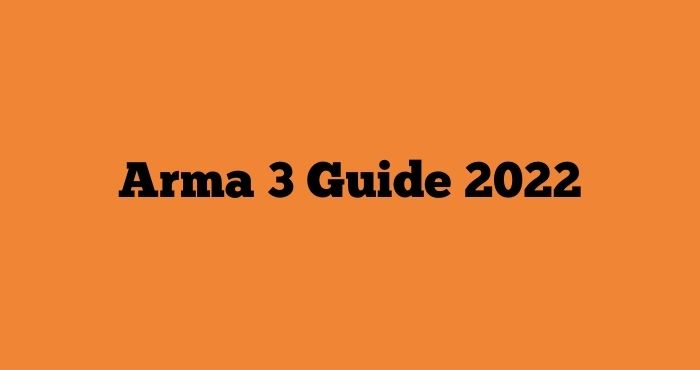 What is “Tactical ArmA”?

To get an understanding of the differences in playstyles, we will now describe a few terms. Some people might look at this from a different perspective and call it differently but this is mere to have common ground about following topics. Take it with a grain of salt.

The term “Tactical ArmA”, refers to any kind of scenario, Team vs. Team (TvT) or Cooperation (COOP), where players communicate and work together in order to achieve their mission’s goal.

This term is used to separate the gameplay style discussed in this guide from the more arcade-style gameplay found on most public servers and popular gamemodes. While you may still find some semblance of tactics and cooperation in public multiplayer such as in the popular “King of the Hill” mode, this does not fall under the “Tactical Arma” category. The nature of public multiplayer involves a distinct lack of cohesion and coordination due to the wide spectrum of skill levels, interests, and playstyles inherent in a publicly accessible environment.

Typically, “Tactical Arma” is the style of gameplay found on private, organized servers where players with a common mindset meet up at designated times to play with or against each other.

This side of ArmA can be divided into more specialized groups:

An organised event usually has specific roles you can choose from. Most of the common roles are covered in this guide. These events are probably the most advanced way to experience ArmA 3 and are a very special type of gameplay in any game: ArmA 3 offers powerful mission editing tools as well as a real time Gamemaster Module called “Zeus”.

A player that takes the role of Zeus can completely change anything in the mission on the fly, organically react to the players decisions and create a very realistic environment for gaming. As the term “Gamemaster” already describes, it is the same as a Gamemaster in Tabletop/Pen and Paper Gaming, as he is responsible to supervise and control the story and world.

You may have played a shooter with a campaign before, such as Battlefield or Call of Duty. In ArmA you can create these stories and scenarios pretty easily and dynamically change them to fit the players needs. This is currently not seen in any other game to this extent.