Hello there, everyone! Today we will discuss the Arrowmancer Guide, which will include some Arrowmancer FAQ as well as the best character and combat skills for the Arrowmancer. You can travel through Mercury’s endless cities. On Venus, stamp your passport at the Great Nature Preserve. In the most advanced Institute of Witchcraft on Mars, pay a visit to your alma mater! In this solarpunk adventure, you’ll go to the furthest reaches of the night sky.

So come and let’s check out this Arrowmancer Guide – Best character & Combat Details.

What is the dance leader?

The dance leader is the unit that steps into the spotlight (the one with the crown)
All the passives, element, attack strength of this player turn comes from the leader. (unless “for all witches” is specified)
the dance leader is wearing a crown

What is ability damage?

Intents tell you roughly what the enemy will do next. It is the sideways square that hovers over their heads.

Many intents (especially for bosses) also change the player phase behavior of an enemy. Learning each enemy’s intents → patterns is the key to success!

What are alt dances?

A set dance for the constellation. You can swap between the character’s main dance and this one freely.

What is elemental damage?

For example, Sagittarius and and the attack intent are both fire type, so sag is good against the attack intent
When your leader is strong against an enemy, the crown on its head will dance

Can I end my combo early?

hit the middle enemy with your unit to release your combo and do damage right away.

How does Aries’ horns ability work?

you have to watch for the enemy’s cast. When their token is wiggling (casting), you can hit them to stun them out of their spell. 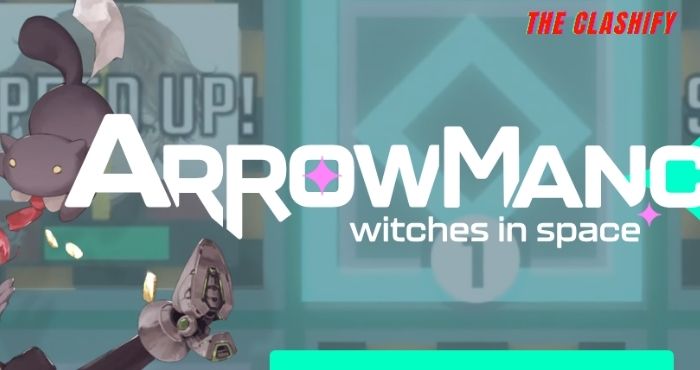 What is the best character in Arrowmancer

That’s the beauty of it: you can make your own character in Arrowmancer, But some of the fixed witches are really good too. The game is very new, so the community hasn’t decided on a tier list yet. This game is fresh for you to explore!

Why are there 1-star characters?

How to unlock the manager system