We recommend adjusting the FPS setting to 60 FPS if your device can handle it for a much smoother gaming experience.

We strongly advise you to join a guild as soon as possible. Being a member of a guild grants you access to a Guild Boss as well as the Guild Shop, which both provide essential resources.

There are a lot of upgrading materials and coins in this game. You may always click on the “Guide” icon next to your player name on the top left of your home screen if you need help figuring out how to get either. This will bring up an in-game help menu that lists all of the upgrade materials and currencies available in the game, as well as where you can get them.

A once-per-day bonus is available in the catball and gold resource levels. Only complete them when the daily bonus is active, as this will boost your rewards. The prizes for completing these stages without the bonus aren’t worth the effort. 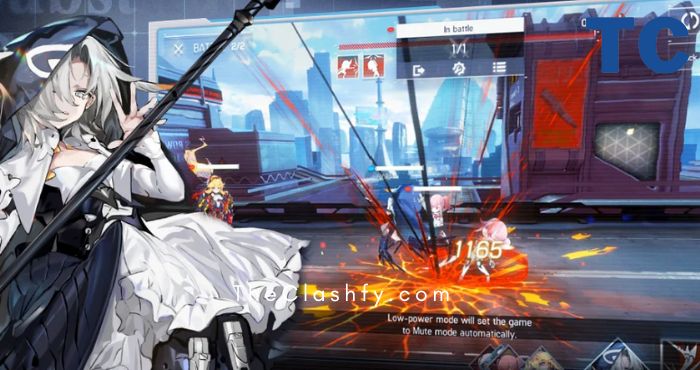 There are two separate starting mission sets that you can choose from right away. You will be rewarded with gear and materials to boost your early development once you have completed the game.

The majority of these missions can be obtained by implementing the storyline or strengthening your units. Before the next mission step unlocks, you must accomplish all of the missions in the previous mission phase. Complete quests that reward you with gear as a top priority. The mission gear set will aid you in progressing through the early stages of the game and will aid you in avoiding early Target Elimination stages, allowing you to farm better gear.

A long-term, tedious mission set that rewards you with a 6-star assault gear set that can be used even late in the game. Due of its time-gated nature, the fastest theoretical completion time is 6 days.

Early on, you should aim to complete as much of the plot as possible, as this will unlock essential game functions and systems.

Story Stages 5-10 are a nice stopping place because they unlock everything but the Dark Zone, which you may unlock after finishing Story Stages 6-10.

It’s worth noting that two more game features will become available dependent on your Commander Level rather than story progression.

Guild and Raid Boss are the two functions:

Once your main team has a solid set of Speed and Crit Chance gear, you can consider farming the Octopus boss for Crit Damage and Action sets. This boss is more challenging than others and requires a well-geared team.

It is not recommended to farm the Iron Maiden boss as the gear sets it drops are too niche or have better alternatives.

ONLY farm Stage 7 and above for all bosses. Don’t waste your stamina farming any stage lower than 7, as they do not drop 6 star gear.

The main two bosses that are recommended for gear farming purposes are the Centaur and Harpist bosses. Both will drop all the gear sets that you really need. You can add the Octopus boss into your farming rotation later on as well.

Check our guide that will help you farm the Hunts early: Artery Gear Teams Guide 2022 (Best for Hunt Bosses)

That’s it for this Guide