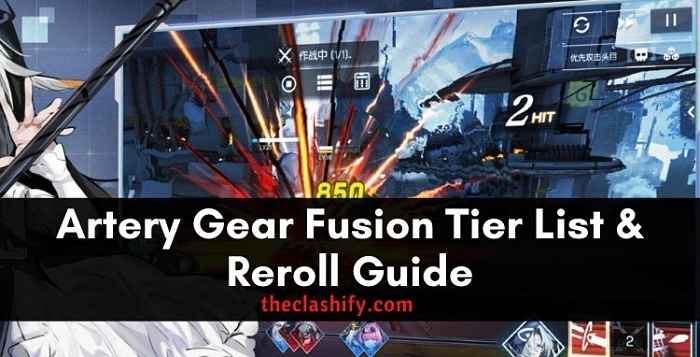 You will be a commander in Artery Gear: Fusion’s “Puppet War,” a game in which you will encounter a variety of Mecha females of various styles – “Artery Gear” (AG for short).

Players will meet a range of different sorts of Mecha ladies known as “Artery Gear” (AG for short) in the game, each with their own distinct skills and settings, and they will need to be assembled into a fighting squad to combat the merciless puppets.

The game itself makes use of a combination of 3D and Spine technologies to simulate a number of complicated action modules, allowing the character to have a wide range of structures and body kinds.

Meanwhile, the game uses new lighting technology to fully realise the character’s self-luminescence and particle rendering effect, emphasising the game’s overall sense of technology and allowing all players to enjoy the cool visual feast in the combat.

Players will once again be able to defend themselves from puppet attacks by fighting alongside Artery Gear. Simultaneously, the key characters from the previous “Artery Gear” games, such as Neo, Mel, Leila, and O-4, will be included in this generation’s game.