We are living in what can be colloquially termed as the Golden Age of Gaming. And with the proliferation of mobile phones game developers have been leveraging these devices to grow in power. In fact, for many people today, any free time is spent gaming time. True to this, a 2020 report established by TechJury estimates that the number of mobile gamers worldwide stood at  2.4 billion. In other words, approximately 30.7% of the world’s population play games using a mobile phone.

Mobile gaming accessibility is particularly important in 2021, a time where a majority of the global population is stuck at home amid the Covid-19 pandemic. In the grand scheme of things, playing a simple mobile game can break boredom and monotony, as well as elevate your moods.

Unfortunately, there are dozens of mobile games on the market right now, which makes it almost impossible to find the best. Luckily, we’ve narrowed them down to the 5 best mobile games to try in 2021.

Looking for a CS: GO gambling instead? Take a look at our stake.com review. While at it, you can also grab some free bonuses and codes. 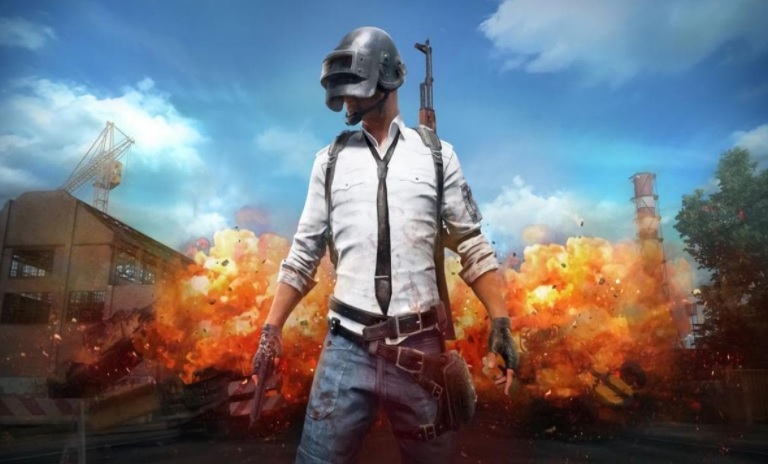 Call Of Duty: Mobile takes the number one spot on our list. And with reasons. For starters, this online shooter game brings together both worlds of Black Ops maps and Modern Warfare, giving you plenty of new battles to chase, all-new maps to follow, and multiple challenges to overcome.

In terms of playability, TiMi Studios converted the game’s familiar keyboard/mouse gameplay controller to touch controls and integrated locations, making it a piece of cake to play. Still, the level of customization is impressive, as you can customize your weapons to automatically fire once your enemies are within the crosshairs. It is available on both iOS and Android, letting gamers enjoy irrespective of the device they’re using.

Another thing you will love about Call Of Duty: mobile is the fact that it is a free-to-play title, meaning you don’t have to pay anything to earn rewards and progress through the game. Unfortunately, you don’t receive extra unlocks by picking up the battle pass, although the in-game currency allows you to make progress without spending any real money.

Together, all these factors make Call Of Duty: Mobile one of the leading games in 2021. And it shouldn’t come as a surprise that the game racked 172 million downloads within the first two months of making its debut.

Player Unknown’s Battlegrounds (PUBG) has continued to amaze the online gaming world with record-breaking sales right before leaving Early Access on Steam to today. And not so long, this FPS juggernaut found its way into the mobile ecosystem, which saw its gross total revenue reach a high of $225.2 million in April 2020.

In PUBG, 100 players play as mercenaries participating in a last-man-standing deathmatch. Upon landing on an island with parachutes, the players need to scavenge for weapons, armor, ammo, and other supplies, trying to eliminate each other. As the game progresses, the map starts to shrink forcing players to engage together eliminating each other.

The PUBG mobile version comes with pretty much all the features that the PC counterpart including the original PUBG Erangel map, Eastern European island, the abandoned military base, and even the nuclear power plant. This generosity is also extended in the weapons, gear, and vehicles department, as everything previously available in the Early Access version has been included.

Control-wise, the game utilizes virtual joysticks for camera control and player movement and a touch button for your gun. Playing PUBG is free, and daily login and gameplay earn you battle points and account experience, all of which come in handy in purchasing crates to spruce up your character.

As a gamer, you will love Shadowgun’s competitive gameplay, compounded with intuitive controls, sharp visuals, and a focus on fun. The combat itself goes down in a first-person view and a run-and-gun style, which makes it easy to react as you progress.

In the gears department, Shadowgun Legends comes with an overwhelming number of cosmetic items and gear to choose from. But that’s not the best part. Every piece of cosmetic and practical gear comes with its own stats and advantages, which help in customizing your appearance and playing style.

Aside from the gear, another excellent addition to the game is the skill-system. Using this feature, you can augment the skills of your character by earning skill points. For every level earned, you receive a skill point, which can then be passively used to increase the overall HP of your character, as well as unlock important skills to use in the battle.

Unfortunately, you need to adjust the game’s auto-shoot, which is set on by default, as it automatically unleashes a hail of gunfire to the enemies once the weapon is pointed towards them. This makes shooting feel awkward when aiming at critical targets or even looking for those valuable headshots.

If you are a regular YouTuber, you’ve probably seen online gamers playing Among Us. This online multiplayer game has exploded in popularity over the past few years, with Alexandria Ocasio-Cortez being among the biggest players of the game.

Basically, the game is centered around a spaceship, whereby a crew of little cartoon astronauts dressed in funky outfits gets killed by an Impostor one at a time.

This is undoubtedly one of the best high-speed racer mobile games on the market today. It requires you to guide tiny cars around circuits littered with massive household objects, while still fending off crazed opponents with cunning maneuvers.

Although there are plenty of opportunities for you to upgrade your vehicle to make it better suited to compete on tougher tracks, the game is devoid of In-app Purchases. Instead, you need to sweat it out using your skills to earn enough points to purchase swanky new cars.

The game also boasts simple and responsive controls, which is also a breath of fresh air on an ecosystem where your progress in most arcade racing games is almost dictated by the depth of your wallet rather than your skills and gaming strategy on the track.

No matter how you look at it, no one is going to steal the thunder away from mobile gaming. At least in the foreseeable future. This fact is primarily driven by several factors including their convenience, ease of play, and the ever-growing number of smartphone users.  Unfortunately, not all mobile games are created equal, which is why you need help in choosing the best. And with our list of top 5 mobile games in 2021, you shouldn’t have a problem in finding the perfect game to mentally teleport you out of your living room or even satisfy your pandemic wanderlust.