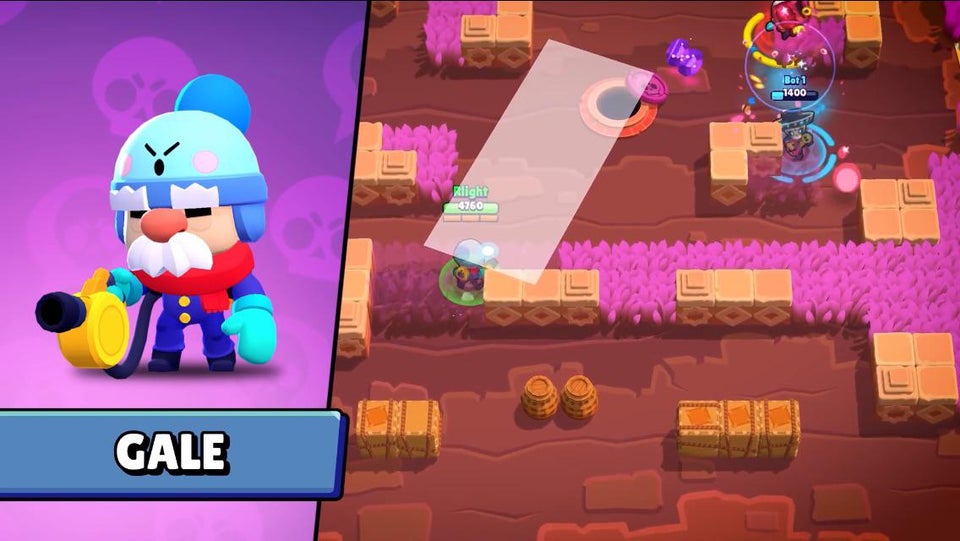 Gale is a cranky old guy” and a “janitor in Mr.P’s hotel. His main attack is throwing multiple snowballs at his enemies. Gale’s primary attack shoots out 4 snowballs that deal 420 damage each (lvl 10). In addition, he has 4760 health and has a range comparable to that of Tara’s.

Gale super attack is like a snowblower that blows Brawlers away like a Gale Wind. that pushes back enemies and deals 125 damage.

Gale’s Super allows him to displace enemies into his favor, depending on the situation. He can either push them away from him and his team to save them, or push the enemy team into his, allowing for his close-range Brawlers to deal more damage and potentially cause a team wipe.

Spring Ejector, Gale’s gadget, has many uses, and using it correctly in a given moment can be crucial to winning the game.

You will get Gale guaranteed if you purchased the Brawl Pass in May, but you do not purchase the pass then you can find Gale in Bwael box and It will have the same drop rate as a Legendary Brawler.