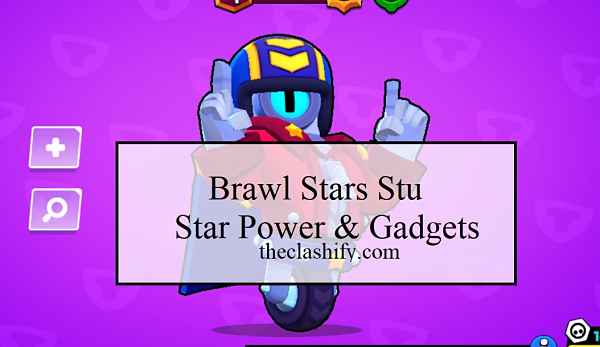 Brawl Stars Brawl Stars Stu is a new Trophy Road Brawler and You can unlock Stu at 10.000 Trophies from trophy road for free.  Stu used to be a crash test bot in Starr Park, but since the audience loved to see him crash, Stu then became a stunt driver extraordinaire with gasoline in his veins! He makes a big entrance, burning serious rubber all over the stage.

Super Ability: Nitro Boost – Hitting an opponent with Razzle Dazzle charges up Stu’s Nitro Boost. A short dash that bumps opponents out of the way. Leaves a trail of burning rubber on the ground that will set fire to any opponents that touch it.

Stu Gadget: Speed Zone – Stu drops a booster that makes himself and his teammates move faster inside its area of effect.