Century Age of Ashes allows you to try all different play styles with three separate classes, each with their own set of powers. As the Windguard, you can shield and disorient, as the Marauder, you can hunt and destroy, and as the Phantom, you can quietly trap.

Century Age of Ashes Class Synergies – When the three classes are used together effectively, they become even more potent. The Marauder excels at charging in, the Windguard provides shield assistance to her allies, and the Phantom can surprise and dispatch its opponents in rapid time. You’re sure to discover a lesson that suits you among these many distinct playing styles. 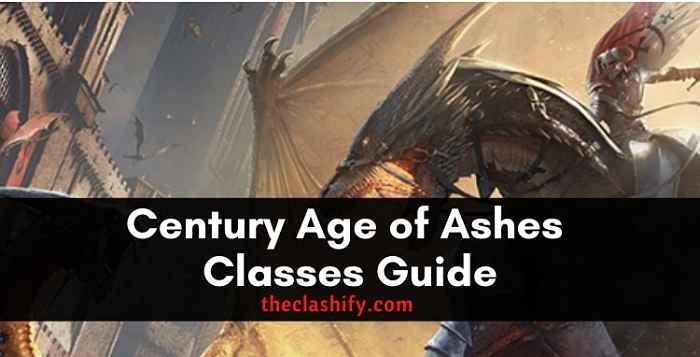 The Windguard is the backbone of the Skeld army, trained to defend the continent’s largest kingdom. They are a knight-protector order who use their mount’s abilities to protect their companions at any costs.

Ironwing – It is said that seeing them in nature brings good fortune. They rescue the brave in the darkest hours.

Salvation Surge – Dashes onto a locked ally and gives a temporary shield when nearby. Heals for a small amount and reduces fireballs’ cooldown.

Phantoms are claimed to be the sole successors of the earliest dragoneer orders, hailing from the East. They ride enigmatic, spiked monsters that, because to their ability to conceal among the skies, can flee or cause death at any time.

Nightsnagger – A stealthy and terrifying creature. Those whom she spares eternally fall into madness.

Mystic Shroud – Cloaks your character for a short duration. Attacking will cancel the effect while releasing a more powerful fireball.

Marauders are adept poachers and vicious bounty hunters who have no allegiance to any kingdom or homeland. They never lose up on a prey because of their mount’s capacity to track a living creature in any situation.

Bloodchaser – The ultimate alpha predator, capable of smelling the scent of blood from the top of the mountains where it resides.