Without further ado, let us take a look at this guide. 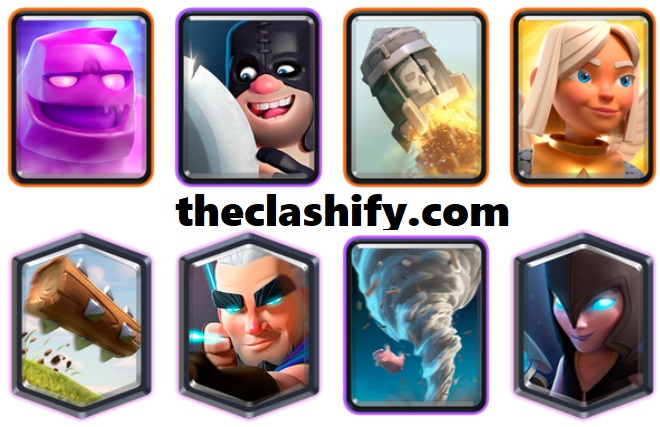 1.) Elixir Golem: This card is incredibly strong and is often underrated just how much damage the blobs can do. Use him to tank for your Night Witch, he can be placed in the pocket once their tower is down.

He can be used to kite units into the opposite lane if required too. He shouldn’t be used defensively unless it’s your last resort and you need to use three elixirs to cycle to a better defensive unit.

2.) Executioner: This is my new favourite card right now, you can say the Executioner is basically a combination of Wizard and Bowler. I use Executioner on defence against Skarmy, Minions Horde, he very good against lava hound when lava hound dies and he throws his axe and the pups will also die with his axe.

3.) Magic Archer: He is great on offence against the decks that have defensive buildings especially huts where you can get a lot of value utilizing his range by sniping things.

If you play the Magic Archer carefully, he can get a chip on Tower plus contribute on your offensive push all while staying in the safety of your tower’s range.

4.) Night Witch: Night witch is probably the best support card for the Elixir Golem, For example, don’t play her behind your towers in double elixir where your opponent will get spell value.

5.) Battle Healer: Battle healer is a new card and Very Powerful card right now, you can use battle healer to support your Elixir Golem

6.) Tornado: It is an area damage spell with a wide radius and moderate damage. The spell can be effectively used with the Executioner. On Defence This spell seriously counters Miner. If your opponent plays the Miner l, use your Tornado to force him to activate the King’s Tower.

If you know how to use it, and can use it right, you’ll be able to completely throw your opponent off guard but you have to learn because It’s a tough spell to master

7.) Rocket: Rocket is in this deck because of the high use rates of balloon, Xbow, sparky and executioner. It works well because it can take out those key cards that the opponent will rely on to win a match. It is also your heavy spell so use it to take a tower in sudden death if required.

That’s it for from this Clash Royale Elixir Golem Executioner Battle Healer Deck 2020.

I will see you at the Arena… 😎