Clash Royale March 2021 update Tv Royale will be out next week. Confirmed by Supercell Drew. 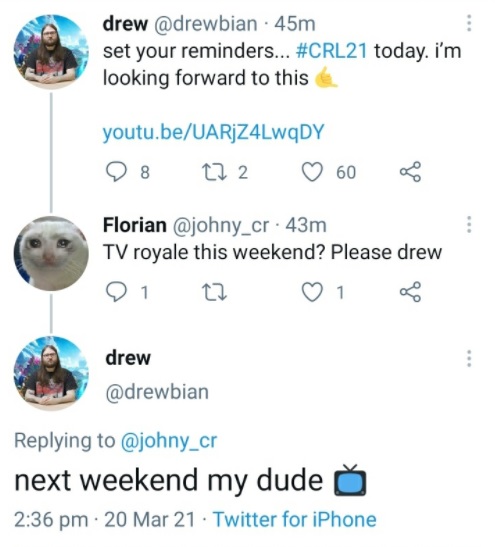 how i feel when i’m filming tv royale for the new update pic.twitter.com/JDZz27XcOt

This March update 2021 is the most awaited update of clash royale because the last big update was released when clan war 2 introduced back in August 2020.

Clash Royale March 2021 Update will come with balance changes, in December 2021 supercell announced that after Season 18, they are stopping monthly balance changes. 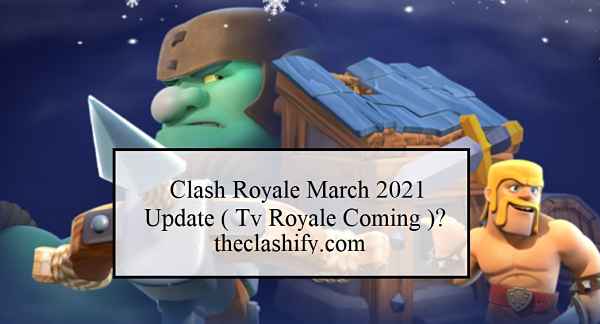 After Season 18, we are stopping monthly balance changes.

We are instead going to bundle balance changes alongside major content updates, which will result in bigger, more impactful changes.

This does not mean we are stopping card balancing. We will still be balancing cards when necessary, they just won’t be attached to a monthly season change.

Due to the way progression works in Clash Royale, it can be potentially devastating to a deck if a card you have maxed is nerfed. Most players do not have a suitably leveled replacement card and this does not feel good! It may take another few months to have a replacement 1v1 ready which is not great.

Having your favorite card nerfed often has a negative effect and in some cases can stop you from wanting to play altogether.

We are planning for our first update of 2021 to feature an overhaul to progression, making it easier than ever to level up your cards and decks.

But until then, we wanted to change the way that we balance to make the period between now and the new update as enjoyable as possible!

so finally the wait over soon we will get a big update along with balance changes.  This was all about the Clash Royale March 2021 Update ( Tv Royale Coming )?, Thanks for reading, we will update this page with more information.