Here are some of the best decks for Clash Royale Ladder 2022. 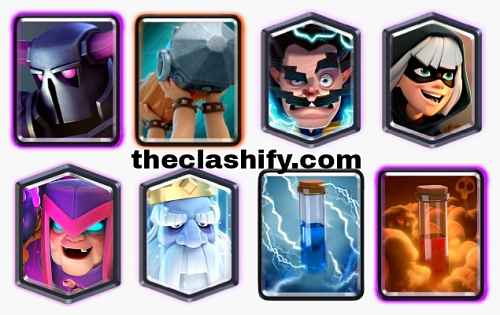 This deck is very good for Arena 10, you can win so many match in the ladder, Grand Challenges, and Tournaments if you play this correctly,

The Battle Ram is your primary win condition in this deck. A tourney standard ram can nearly take out a tower on its own if left alone and you would be surprised how often this actually happens. It is still a good card to use as a tank for Surviving Troops On Counter Push

Early game you can start out the match with a bandit or a ghost at the bridge you can Play Royal Ghost at the bridge and apply pressure on your opponent and make positive Elixir trades whenever possible and go on counter pushes immediately after. or you can also play a Mother Witch behind your towers to see what big spells your opponent is playing Continue Reading » 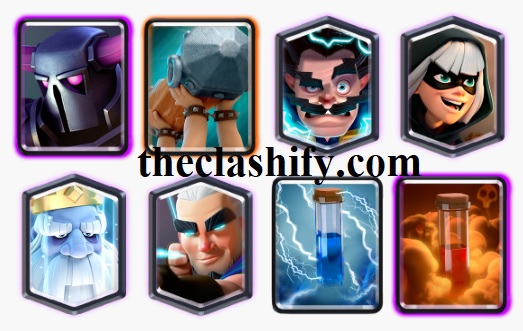 Early game you can start out the match with a bandit or a ghost at the bridge you can Play Royal Ghost at bridge and apply pressure on your opponent and Make positive Elixir trades whenever possible and go on counter pushes immediately after. or You can also play a magic archer behind your towers to see what big spells your opponent is playing. Ensure you protect your magic archer throughout the match and always use his long-range to your advantage Continue Reading » 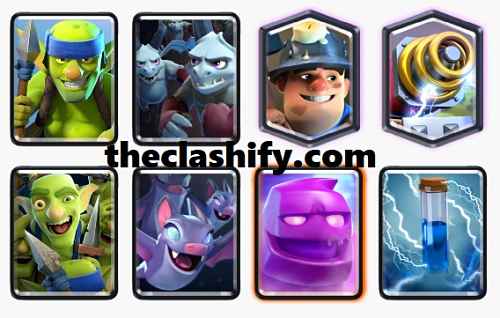 Usually, you don’t want to start first so you should wait a few seconds at 10 elixir and respond appropriately if the opponent doesn’t play a card by 2:42 this usually rules out cycle decks so you can cycle something.

Good opening cards are mega minion, dark prince and miner, but I don’t like starting with miner on the off chance the opponent has pump, but if you do, play him in the safe space until you are certain opponent has no tornado Continue Reading »

During the first 2 minutes, I usually run Mini PEKKA and Lumberjack together and Prince and Dark Prince together as two pairs. Both pairs plus Fire Spirits can be devastating pushes as well as great on defense.

I always try to drop Mini Pekka first to bait out whatever they would not play if she was going to defend. That way I can drop the Lumberjack and give them a little surprise.