Hi guys I will show you Clash Royale Current Meta Decks 2022 Used by Pro Players in Meta and All these  Decks win rate is around 60% in both Grand Challenges and Ladder. These Clash Royale Current Meta Decks 2022 includes most famous Miner Wallbreaker Deck and Pekka Bridge Spam Deck and So Many Pro Players are using these two decks in Grand Challenges and Global Tournament.

This Clash Royale Current Meta Decks 2022  is you want to focus on two things: Defense and their splash cards. Your goal is able to defend successfully while getting their Zap out off rotation or having them hesitate to use it.

However, keep in mind that there will be opponents that have counters to all of your baiting units. There are still ways to work around this, but defense is the key thing when handling these types of situations Continue Reading » 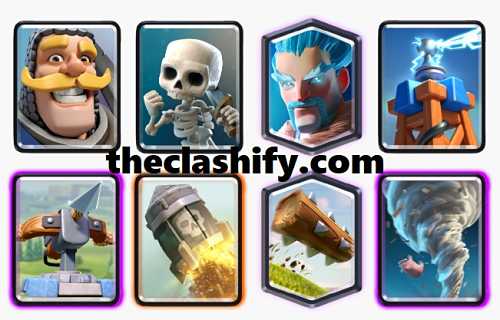 In early stage, all you need to do is find out what deck your opponent is using and what his counters to your cards are and mostly play defensive and only counter push. (Or you can place your Elixir golem at the back if you know the opponent can’t punish you for doing that).