Contra Returns’ gameplay differs from earlier Contra games in a number of ways. There are new levels, heroes, weapon sets, vehicles, and even gameplay mechanisms, as well as role-playing components.

In Contra, Return Characters can be customized in a variety of ways, both cosmetically and in terms of gameplay, by using a range of gear and upgrades that can be gained as the player goes through the game. The equipment itself can be updated in the same way.

Contra Returns adds several new game modes to take advantage of the system’s online capabilities, such as multiple PvP scenarios (including real-time ranked 3v3) where players battle for loot to better weapons and armour, in addition to the basic side-scrolling, platform action of the classic games. 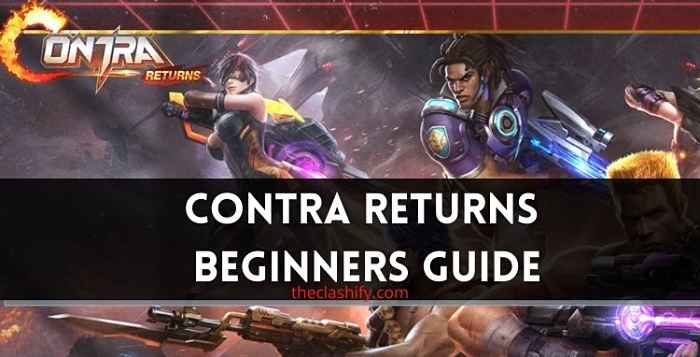 The Machine Gun, usually known as the Heavy Machinegun, is the first available power-up. In terms of damage, it’s similar to the standard Rifle, but it’s completely automatic and shoots faster, allowing the player to keep the fire button held rather than touching it.

Snipers are dangerous weapons that, depending on the weapon, can do a lot of damage with just one round.

The Assault Rifle fires bursts of high-velocity rounds that travel a short distance. When it is equipped, the hero can use a knife to perform a melee attack.