Critical Legends is a Roblox-based action-adventure game. Players can explore the large globe, battle monsters, face off against bosses, collect things, and level up their character and weaponry. The game is massive, with plenty of stuff for gamers to discover and enjoy. So come and take a look at this Critical Legends Class Tier List 2023. If you are looking for more game tier lists read our: Clicker Simulator Pet Value List 2023 April and A One Piece Game Tier List 2023

Combo Sword is A starter sword. and You can Obtain it from the Statue of the Swordman.

Ocean’s Blade – A sword of the Ocean. Obtained from using Ocean’s Eye on Longsword

Star Slayer – A gift of stars from the Challenger. Obtained from using Star Fragment on Ocean’s Blade | Sword tier 3 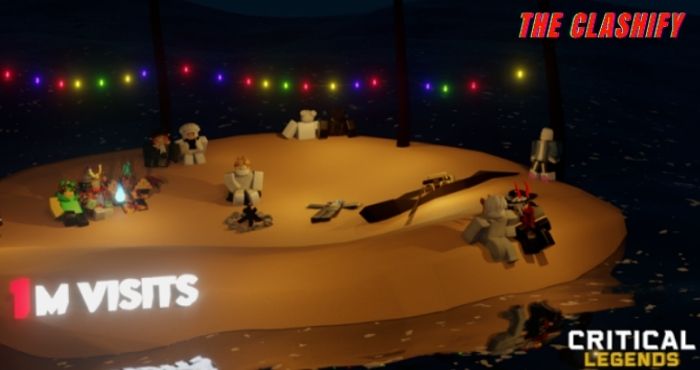 1. The Staff of healing is A starter Tier 1 Healer. You Obtained it from the Statue of the Healer

2. Apprentice Staff a starter staff. You obtained it from the Statue of the Mage

A power of programming you can Obtained from using Magic Shield

The power of programming… at a new level. Obtained from attacking enemies with Programmer tier 1 having Training Codes as passive. (1%)

“I will keep my own kingdom safe, at all cost.”

Obtained from using Crown Of The King

“It’s all my fault, I didn’t managed to keep my kingdom safe… I shall seek for revenge from those little scum.”

Obtained from Statue of the Defender

A gift from the Flame Gods.

Find Out a Tier List of other games on our Mobile Games Character Tier List page.  I have Kingdom Hunter guide walkthrough.

So, guys, this is an Critical Legends Tier List, Thank you for reading, and have a good time.