Hi everyone, I put out some CRK Cookie Alliance Guide Season 4 or cookie alliance and the response was very positive so I’m back at it again. This is not the place for comments on the quality of Cookie Alliance as a game mode. If you are not a fan of this game mode, I respect your opinion and understand why you might think that. That is however not a productive discussion to have here.

I am providing these CRK Cookie Alliance Guide Season 4 so you might push higher through the remainder of the season or get a higher score and forget about it until the season ends. Also, read here: Cookie Run Kingdom Toppings Guide 2023

First, how does the score work? Your score is based on clearing waves. Summoned enemies do not count so stalling on a summoning wave does not increase your score. However, the bulk of your score is from chaining together wave combos. What breaks your combo? Making the game send out another team. If your team is down to one cookie remaining with fractional health and you choose to swap, your combo is still intact. If that last cookie goes down before you make the team swap and then the game pauses to choose or auto-sends out the next team then your combo is broken. Your combo chain is where 95% of your score comes from. If you are struggling to score well, try swapping away at the last possible moment to save one unit in each team. Typically, I end each run with each squad’s healer as the only member remaining and I finally concede because I have no damage to continue. Except I did learn that you can swap a wiped out team and preserve your combo. As long as you initiate the swap, even if the cookies faint as the swap happens your chain is still intact. Not recommended to try for but helpful to know if you are close to a new high score and your timing was close

This season I’ve made some changes including being more content with my Crit comp. So come and let’s see CRK Cookie Alliance Team Comps

Speed Comp – Very strong team built for damage and not for long drawn-out fights. Make sure Madeline and Pastry have the highest visible attack speed increase with their toppings so they get buffed by the librarian robe treasure.

Crit/Twizzly – This team needs to stay alive because until Dark Cacao came along Twizzly was the sole reliable shield breaker. Even with Dark Cacao I still feel like you will want a team like this. You can just have two teams that can break shields. 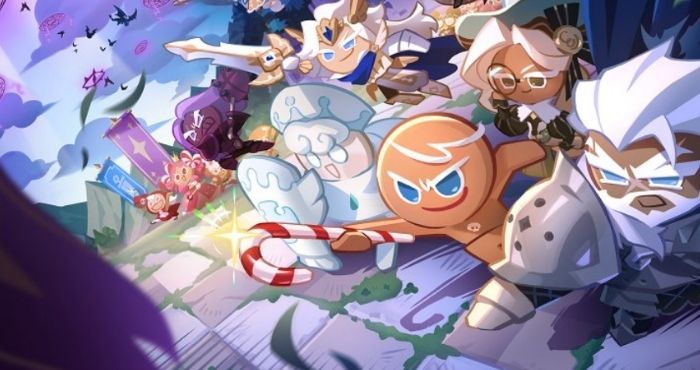 I haven’t done much more testing here this season maybe I’ll try out the new items on the way to next season. I currently recommend:

Take scroll plus 2 sensical other choices and you should be fine.

Wave Guide Through Wave 24
Off Meta Picks, Cookies to Avoid, and Iffy Choices

I considered making a full tier list but I can’t speak authoritatively on every cookie. So I’m just going to mention some cookies that have surprised me in testing and why.

Thanks for reading my ramblings and I hope it helps you find success in Cookie Alliance. If I put your favorite cookie in the debatable or bad category. I’m sorry. You aren’t wrong for liking them. If you are struggling, trying some similar cookies might help. Good luck and feel free to ask me any questions in the comments!