Hi guys, Welcome to CROWZ Beginner Guide, this is our CROWZ Wiki, CROWZ is a multiplayer game in which players take on the role of CROW, a mercenary. As a hired soldier for one of the great nations, players must either compete and complete objectives as part of a squad or face big battles between factions in contested territory in order to survive.

When you placed down a spawn beacon for your squad which costs 400$ you get 50XP by each respawn of a squad member. But keep in mind that after a while the beacon explodes and you and your squad mates are not able to use it anymore. Only if you buy a new one.

Capturing a point gets you 300XP. The more points, the more XP. I will tell you some ideas below in this guide about XP and running towards it as a flanker/rusher.

A mercenary squad is dispatched to the mission of securing Q-on in an open-world map. However, they are not the only ones who is looking for resources.

They must overcome various deadly factors – conflicts with other hired soldiers, devastating environment with fallen meteorites, and side effects of forbidden drugs – and cooperation will be the key to completing the mission. 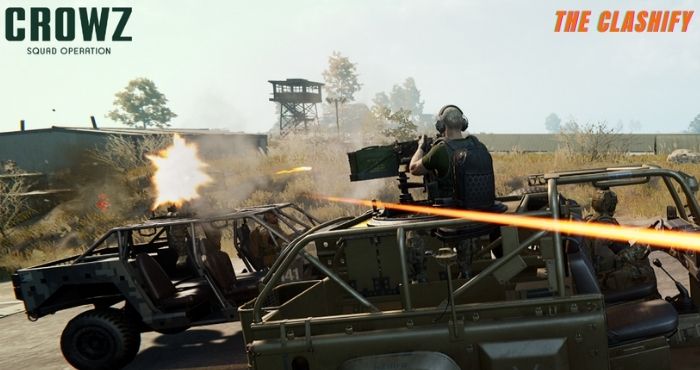 CROWZ, hired by powerful nations, is to be formed in a large troop and secure the Q-on extraction sites in the fields of conflict.

Although seen as cold-hearted, these merciless soldiers thirsting for coins are divided into two factions and engage in a massive battlefield to obtain the resources.