Batman is a rare type of Character in the Dc battle arena,  You can unlock Batman from Medal Road at Gold II or Boxes. His basic attack is very simple, Batman Performs a quick 6 hits Combo. He deals more damage after every hit. 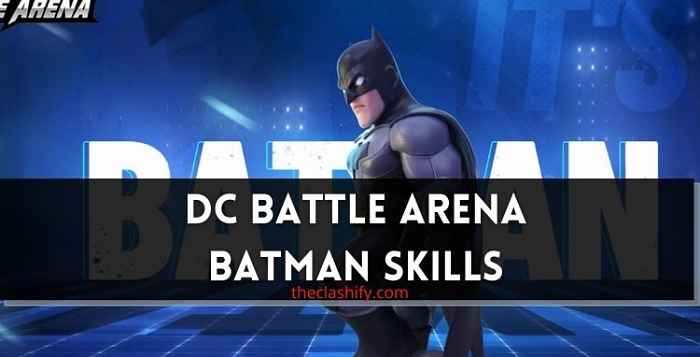 Batman performs a quick 6 hits combo. at the first hit, he deals 30% attack damage and at 6 hits he deals 60% damage.

Batman fires a grapnel gun that can latch onto the enemy, using the skill again makes him leap to the location, deals damage, and stuns the enemies he collides. Use Hero skill to pass through obstacles and get close to the opponent quickly

Batman jumps into a summoned fighter jet and gains invincibility for 6 seconds.

Batman leaps off the jet when the duration ends, dealing 100% attack damage to the enemies in the impact area Use the invincibility time to avoid fatal damage and defeat opponents

There are 15 Characters in Dc Battle Arena and my favorite hero is Batman.  You can use Batman with The Joker and Constantine.