How to Redeem Code in DC Worlds Collide: 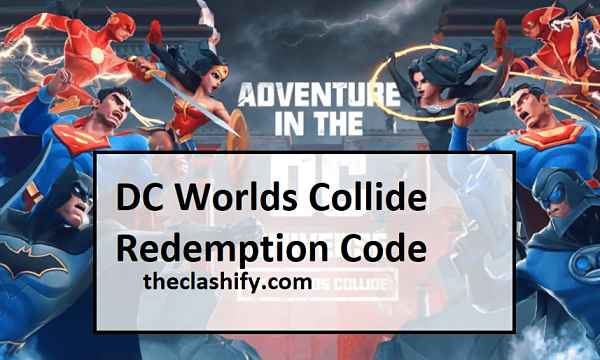 To redeem the DC Worlds Collide Codes, Tap your avatar in the main lobby > go to settings > click Redemption Code/Enter code and get rewards

DC Worlds Collide is an Rpg game made by DCWC Studios Crime, the game has so many of DC’s most powerful characters Like Batman, Superman, Wonder Woman, and other classic Super Heroes & Super-Villains from DC are at your command!

In DC Worlds Collide You can collect 75+ Super Heroes & Super-Villains including Batman, Superman, and Wonder Woman as well as Super-Villains like The Joker, Harley Quinn, and The Cheetah to protect the planet.

Build your base from scratch, collect resources to empower your team of DC’s iconic characters, and protect your fortress against invaders.

Thanks for reading this DC Worlds Collide Redemption Code article, please let us know in the comment section if you find any new active codes