So let’s jump into it. 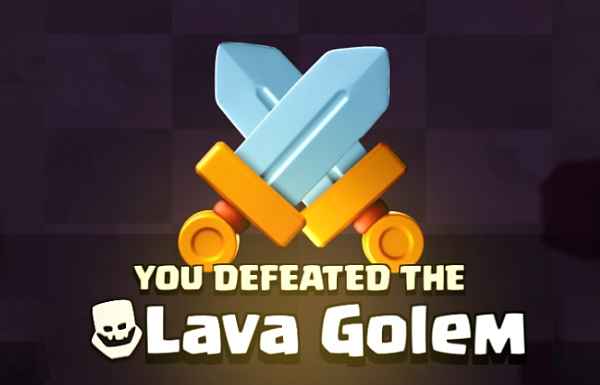 The Lava Golem is the Boss of the Lava Land area and he throws multiple fireballs onto your troops. Lava Golem’s weakest point is his body so you have to attack his body instead of his arms.

Your main ways of dealing with damage are a prince combo in the middle and a giant combo. The bigger these combos are, the better! When its arms are down

Don’t waste any troops that only attack the arm. You can use wizards instead because Wizards deal splash damage to the body when hitting an arm.

You can attack the golem if he lifts one of his hands and your troops are on the lifted hand side, always attack with giants and goblins if all of his hands are lifted, using princes and wizards are a waste.

If he’s attacking you, sacrifice some of your goblins and wizards so you can pass some turns to eventually lift his hands and attack the strongest possible damage

also don’t forget to hold troops before you attack, this is very crucial to check how much damage you’ll deal with the boss and if your troops will attack his body or his hands