Hi guys, Welcome to our Distant Worlds 2 Guide and This Distant Worlds 2 guide is meant for new players but I think anyone new to the game might benefit from it. It is not necessarily the best way to play the game- it the way I like to play it. It is a bit research/revenue focused compared to a strong Military start. There are many other viable approaches – and on easier difficulty levels it’s easy to experiment with them. I encourage you to do so.

1) Check your Scientists for the “addict” trait. Check your other leaders for the “demoralizing” trait. I immediately dismiss these leaders as their negative effects are not worth any other benefit early game. Good Administrator reduces crash costs so if you have a scientist with this trait crash often to get ahead in tech

Finally, look for Inspiring Presence because all leaders at the same location improve their skills faster. So you may want to manually control this leader to stay at your home.

2) The Colonization techs are super important as they add to the suitability of your system for ALL races in your empire. This means more revenue and growth. After you research Basic Colonization research the tech for your home colony (e.g. Continental for humans). Your first independent colony planet type is a good second choice.

3) Invasions of other Empire colonies is a topic unto itself. You will need ground troop techs (Shock Forces, Battlefield Sabotage), bombardment techs (Bombardment

4) You can (and should) trade money for neighboring empire mining/research bases in systems you share. Check the diplomacy screen (speak with them, then negotiate a deal) for that empire to see if there are any that you can purchase.

5) Your reputation goes down when you bombard enemy planets, attack neutral bases/ships, etc. This affects happiness and corruption in your colonies (less $) as well as your relationship with other Empires and indies. Reputation recovers fairly quickly.

And if you anger a particular Empire (like destroying a base of theirs when you aren’t at war) – you can donate money to them to repair it very quickly. For example, if you find a planet with one of the 3 super luxury resources (e.g. Loros fruit) and your neighbor has a base there – it is very worth it to attack the base, manually tell a constructor to build one of your own there, and then send money (gifts) to the other Empire.

Of course, if you are peaceful and this is in his system, you can’t build a base there. This would only work in a disputed system or one under your influence.

6) Derelict Ships: Your constructor ships will automatically begin repairing derelict ships it finds. This will, however, take away from the number of constructors building research and mining stations so keep an eye on the total number. Finally, derelict ships are great and sometimes powerful but they have a very short range (compared to your ships).

So I recommend making a fleet of them and leaving them to defend key positions throughout your empire. Also – the weakest of these (escorts and frigates) should be scrapped (use the retire button) at your shipyards for tech boots.

7) New Colonies on the edge of your Empire often will have no fuel. Sending a fleet out there will have trouble refueling. Include a tanker in the fleet. Also – make sure constructors prioritize Caslon (fuel) mining in that system if possible.

8) When you have good money and it’s growing, crash (rush) research often. A “good administrator” trait on one of your scientists makes this even more imperative. You can wait until the tech is halfway through to save money.

9) You cannot research past certain technology tiers (e.g. 4 the tier torpedoes) without accumulating enough bonuses from research locations. Scientists and certain
facilities mid-game will also help raise this limit. You can review your total research bonus for each research category from the RESEARCH tab.

10) When you run out of fuel, your ships cannot fire their weapons (no energy). So be sure to include a tanker or two with every fleet and be sure to refuel manual fleets whenever you get the chance.

11) If you have 2 fleets defending a system under constant attack, and you want to retrofit, repair, or refuel one of the fleets – it won’t work because the fleets will ignore your order and try to deal with the constant enemy threat. To get around this, you can go to the Fleet’s Set Tactics screen (bottom right button in the Fleet select
screen) and set the Engagement range to Do not Engage temporarily. Be careful as your fleet is very vulnerable with this setting so the other fleet better is able to handle the threat.

12) During invasions while you are bombarding a planet (to reduce its defending troops), your transport fleet (filled with troops) are just waiting near the colony to begin their assault. The problem is they will (by the default) try to engage stray enemy ships nearby and move away from the colony (or worse – get destroyed with their precioustroop cargo). You can go to the Fleet’s Set Tactics screen and set the Engagement range to Engage when attacked or Do not engage. This will keep them together and ready at a moment’s notice to begin the invasion (right-click on the colony and select attack colony). 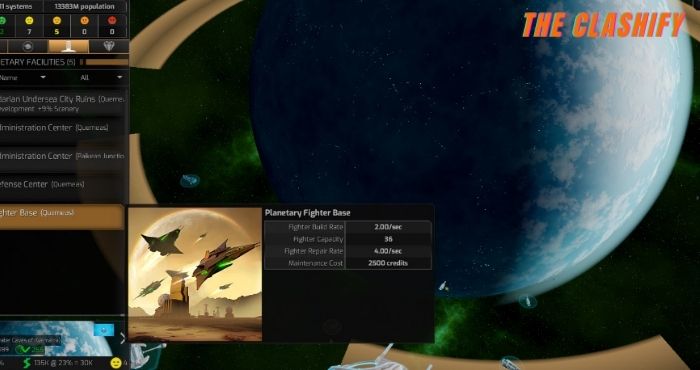 13) Be aware that you can double click on ships not yet built (in the build queue of a spaceport or colony) to select them. Useful, for example, if you want to add that ship to an existing fleet before it even comes out of the shipyards.

14) Ships in a fleet do not often arrive together. Plan on this when sending them into a combat zone. Sometimes I right-click their arrival point a bit away from the action. Then, as they start to arrive and form up – the enemy ships will come to you. Sometimes piecemeal which makes them easy targets (versus you being the easy target as your ships arrive in small groups right on top of the enemy’s full strength fleet).

15) Ships in a fleet often try to form up with the lead ship. If the lead ship is damaged (hyperdrive disabled), it might help to remove that ship from the fleet (set it on auto), and manually move the admiral to a new ship. You’ll have better control over your manual fleet without that boat anchor of a ship.

16) When you send gifts to independent colonies, your chance for colonization will be shown at the bottom of their colony select screen (get there by clicking on their
colony).

When it reaches 100% – there is a chance it will start going back down again (depending upon the race and whether or not you’ve got the trading agreement all
the way up to Free Trade).

So if you send a colony ship now – by the time it gets there the success % may have dropped too low. So a trick I use is to send the colony ship there manually (tell it to move there, not colonize). When it arrives (or right before) I then contact them and make my final gift. This way it will be at 100%andI can immediately colonize it.