Hi guys, Today we will show you Dread Hunger Guide 2022, In this Dread Hunger Guide, We will talk about Dread Hunger Cooking and Dread Hunger Crafting Tips. It’s a survival and betrayal game. Eight explorers navigate their ship through the harsh Arctic conditions. Two traitors within the crew enlist the help of dark forces to bring them down.

Bone Daggers are used by Thralls to cast spells (Hold Right-Click, select, then Left-Click to select a spell). Anyone found carrying these, should be deemed untrustworthy. The safest place for these is at the bottom of the ocean.

Totems are built by Thralls to increase the power of spells (Press Q, select, then Left-Click). If found by an Explorer… destroy the totem on sight.

Whiteout – Generates a blizzard that blocks vision for everyone. Players can see maybe a metre in front of them at best.

Cannibals – Summons a horde of cannibals to attack an unsuspecting player.

Spirit Walk – Allows Thralls to travel unseen and at a greater speed – great for getting out of sticky situations. 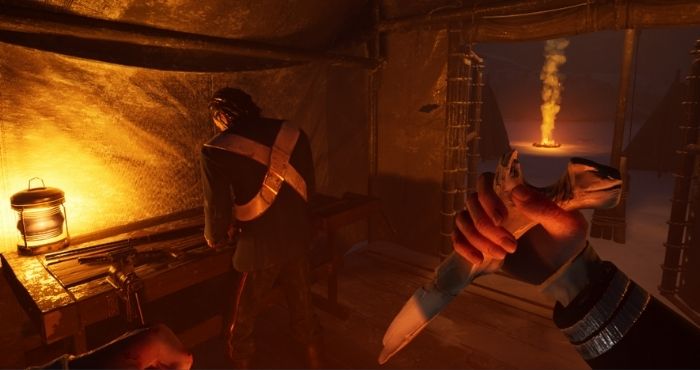 Thrall Vision does not require a bone dagger. Thralls can press V to see the location of players, totems and food across the map.

What can a Thrall do?

Thralls can thwart the expedition through many means:

Be aware of the other thrall: