Follow this article to find out how to redeem Dynasty Origins Conquest Gift Codes that can be exchanged for Gold, Diamonds, and other in-game items.

As of today, we have listed all the available Redeem codes for Dynasty Origins Conquest below. You can redeem these codes for free Gold, Diamonds, and other in-game items.

How to Redeem Codes in Dynasty Origins Conquest? 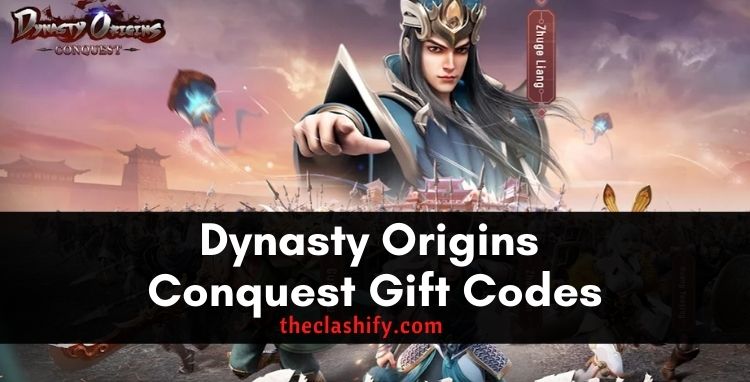 If you don’t know how to use a Redeem Code in Dynasty Origins Conquest? It’s pretty simple you just need to follow a few simple steps.

How to get Dynasty Origins Conquest Codes 2021?

Prepare for combat by customising your formation and strategizing ahead of time! A new 4×4 arrangement has arrived that defies typical card strategy.

The generals of the Three Kingdoms are divided into six categories in this game: Guardians, Heavy Cavalry, Light Cavalry, Archers, Infantry, and Support. To score a surprise blow on the opponents, players can mix and match their formations according to the enemy’s layout!