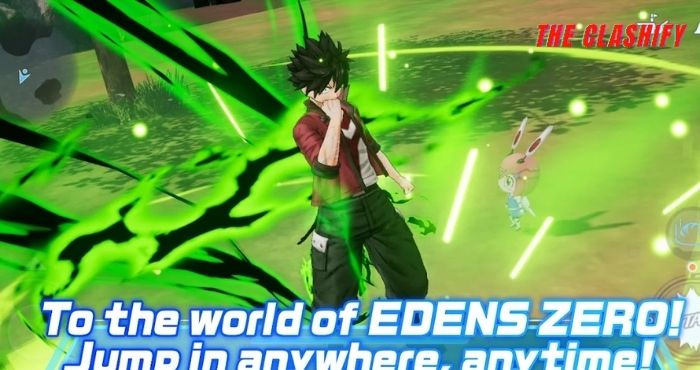 A boy from the robot-inhabited planet Granbell. He wields the gravity-controlling Ether Gear. Shiki cares deeply about his friends, and wants to make friends as many as possible. He goes on an adventure with Rebecca and Happy to search for the goddess of the universe, “Mother”. He has a deep dislike of insects.

A girl who is a “B-Cuber” internet streamer, despite the fact that she appears to be unpopular. She is a skilled markswoman who has gained outstanding dynamic vision through gaming. Rebecca and her companion Happy travel to the planet Granbell, where they encounter Shiki. On the planet Blue Garden, she is also a member of the Shooting Starlight adventurers’ guild.

Rebecca’s dearest friend and a cat from the planet Exceed. Happy died in a car accident when he was a child, but he was revived as a full-body android. During the battle, he transforms into Rebecca’s rifle. “Aye,” he says frequently.

that’s it for this Edens Zero Pocket Galaxy Guide & Characters