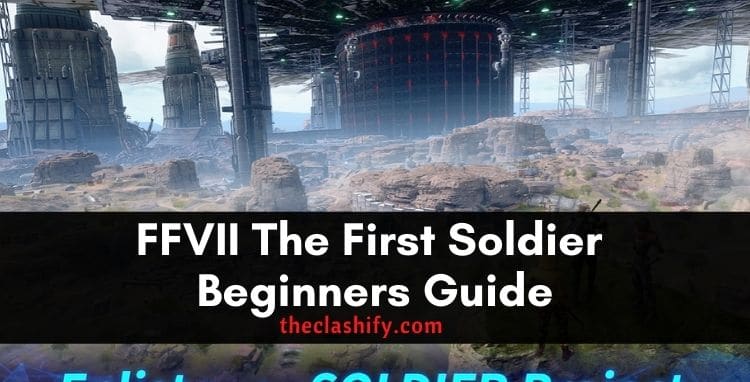 The First Soldier is primarily a third-person shooter that follows a SOLDIER candidate as they combat other SOLDIER candidates with firearms, melee weapons, and magic spells, while weaponry can also be fired from an “aim down sights” position for more precise shots.

SOLDIER candidates can summon summons to battle alongside them using Summon Materia. Candidates can also utilize Magic Materia like Cure or Protect to heal teammates or defend themselves from oncoming attacks, or use spells like Aero to create a surge of wind on the ground to help them and others reach higher regions.

Named as such because the world of Final Fantasy VII does not feature traditional jobs, Styles determine what melee weapon a SOLDIER candidate wields, as well as which Trait, Ability, and Skill they have available for them.[4]

Materia can be found through the map and equipped by SOLDIER candidates. Up to three materia can be slotted at once and they can be increased in level. Magic Materia can inflict friendly fire when playing in trios.