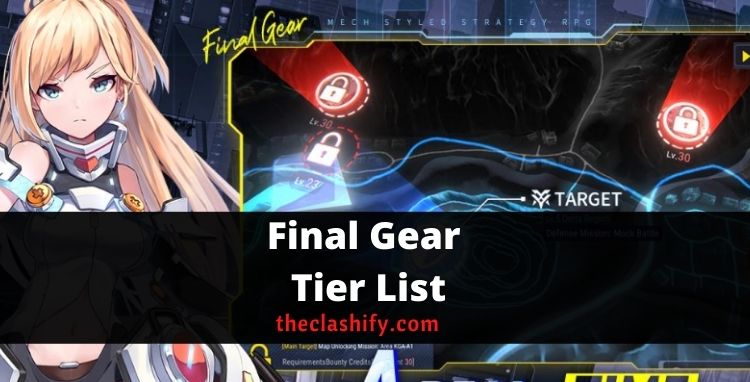 Shinji&Kaworu is SSR Character in Final Gear and  Bombing type / With a specialized machine Self-buff and debuff with a long effect period make it is simple to use in any combat. It is possible to remove an opponent’s buff. You can double attack for 10 seconds if you awaken with a lot of firepowers.

Ray is SSR Character in Final Gear and Fighting-type: With a counterattack, a special machine inflicts tremendous damage proportional to its own durability value. It can also make you dizzy, and it’s good for PVP and boss fights.

Mali is SSR Character in Final Gear and Sniper type: There is a unique machine available. Attacker with a great sense of morality. It’s good for PVP because it gives the opponent a critical resistance debuff and prevents them from using active skills.

Evelyn is Character in Final Gear and Fighting-type: Using specialized airplanes The firepower grows owing to a squeeze or a drop in the enemy’s remaining durability, which has been improved from the Chinese version. The talent has a limited range, but it has a lot of power. A specialized machine can be obtained on the spot during the event and used for an extended period of time.

So that’s it for this Final Gear Tier List 2022. Stay tuned to TheClashify for more info related to the Final Gear.