In Goddess of Victory: NIKKE, there are several ways to strengthen your character, such as leveling up, breaking the rules, and improving your skills.

But before we go any further, here is how a sample character’s profile would appear:

The design of the characters is the most significant aspect of the profile.

Limit break indicator: further explanation will be provided in a separate section.

The profile’s most crucial element, the burst type indicator, will have an impact on how you assemble your team

Status, or a character’s stats

Limit Break and Level Upgrade: The first choice allows you to raise the character’s level, while the second one raises the level cap (more about it below),

From left to right, the following information about the character: Element, Weapon, Class, and Manufacturer.

In Equipment/Skills/Cube Tab – You can equip new gear here, but you can also check (and upgrade) your abilities and Cube after switching to other tabs.’ 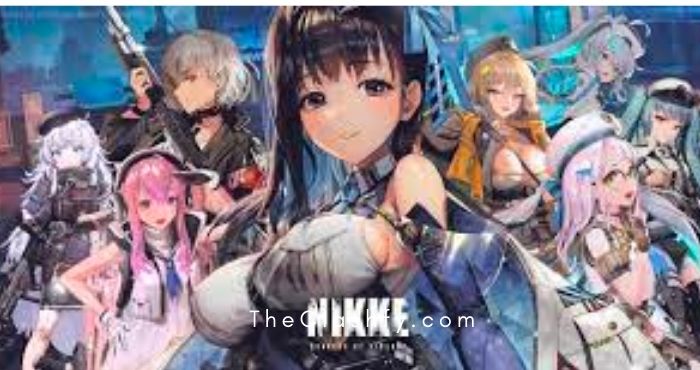 You will need to employ Credits and Battle Data Sets, which are earned from various locations around the game, to raise the level of your characters.

Additionally, you will need Core Dust every ten levels in addition to Credits and Battle Data Sets. Core Dust will be your biggest bottleneck, so always buy it from the shop if you see it there.

The more stuff you need, the higher level your character will be.

No matter how rare a character is, you won’t be able to advance them past level 80 at the start of the game.

Obtaining a duplicate of the character is required to raise the cap:

A new star will show up in the profile each time a character’s restriction is broken.

Although leveling over level 200 is conceivable, the CBT did not allow for it, thus we cannot be certain of how it will function exactly.

After you max limit break them, this mechanism becomes available for SSR rarity characters. Every Core Up level requires a duplicate and boosts all stats by 5%. Also, the highest Core Up level is 7, according to what we know from CBT 2.

With this, the necessary number of dupes to fully level up a character from scratch is increased to 11.

By utilising resources obtained from the simulation room, you can improve the skills of your characters. The maximum skill level is 10, and all skills begin at level 1.

Important! Your character’s level can be quickly reset, but that has no bearing on their skills, and you won’t get the resources you used. So only begin improving the talents of characters you are confident are strong.

Each character has four equipment slots, which you can fill by farming characters in the Interception game mode or by receiving random drops in stages. Be aware that various equipment is needed depending on a character’s class.

There are different equipment tiers; the higher the tier, the greater the stat benefit. Additionally, if you reach a particular level, you will be able to acquire Manufacturer-exclusive gear, which grants greater bonuses when worn by characters made by the same Manufacturer.

Once you have reached tier 3, you can upgrade the gear to boost the perks by surrendering other parts. As an alternative, you can use Module Boosters in place of other equipment.

You don’t have to be worried about levelling arbitrary characters and testing them out because the game contains a system that makes it simple to reset a character and retrieve 100% of the materials used to level her up again.

During the CBT the cost of a character reset was set at 10 gems (premium money) (premium currency).

That’s it for this Goddess of Victory Nikke Character Progression Guide 2022.