In Godzilla Battle Line, Players can find all the popular monsters and weapons from the Godzilla series are out in full force,

This strategy game pits you against players from all over the world in real-time warfare similar to Clash Royale and Rush Royale. You can build your own deck of the strongest monsters and compete in easy but exciting and immersive 3-minute battles.

Ranked Battle is a 1v1 game mode in-game and players can engage in one-on-one battles against other players in Realtime.

you do battle using a team-building at the Deck screen. A Deck is consists of 8 Battle Pieces,  1 leader, and 7 other cards. Your deck should have the best units if you want to win in Rank Battle.

The time limit for ranked battles is three minutes. The energy recharge rate increases by 50% after 2 minutes. If no winner has been determined after three minutes, the game will proceed to a two-minute overtime phase.

If the HP of an opponent’s leader unit is reduced to zero before the time over, A player wins the Ranked Battle.

After the 2 minute overtime phase, if neither leader unit’s HP has been reduced to 0, the player with the highest remaining HP wins. Only if the HP of both leader units is equal will the match conclude in a tie.

To win a Godzilla Battle Line Ranked battle, you must reduce the opponent’s leader’s HP. 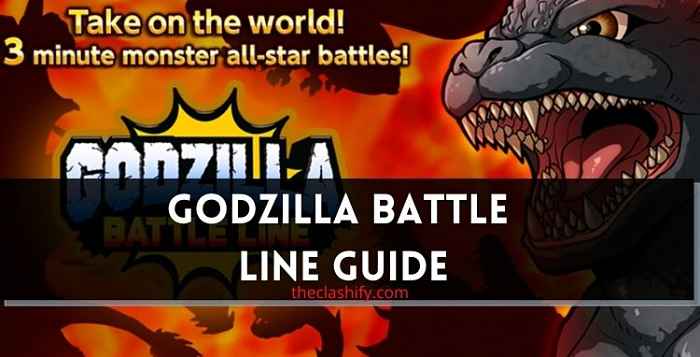 In Ranked Battle, Battle Pieces are used by spending energy. Different Battle Pieces cost different amounts of energy, and you won’t be able to use one if you don’t have enough energy in your energy gauge.

How to Use Battle Pieces

At the start of a Ranked battle, 4 Battle Pieces in your Deck are randomly selected to form your hand.

You can utilize a Battle Piece by dragging and dropping it onto the battlefield once the energy gauge is adequately charged.

The energy gauge will be depleted by the required energy cost, and a new Battle Piece will be added to your hand.

When you use a Combat Piece in a Ranked battle and it is withdrawn from your hand, it may reappear in your hand when you use other Battle Pieces.

There are two types of Cards in Godzilla Battle Line Ground and Air.

Ground Cards – These units move along the ground. They are affected by bodies of water, and cannot pass through objects on the ground.

Air Cards –  These units move through the air. They are unaffected by bodies of water or objects on the ground.