Just like other NFT Games,  Gunfire Hero is a blockchain game, In Gunfire Hero Players will take on the character of a hero with a powerful rifle in Gunfire Hero. Your goal is to combat the dangerous monsters while trying to collect in-game tokens, earn tokens, and upgrade your hero/equipment to increase your energy. Monsters will get more hazardous, crowded, and powerful with each challenge. It will be a major threat to humanity if your hero/equipment cannot level up.

Players will be assigned one of nine default characters when they first start Gunfire Hero.

There are six-star ranks (from 0 to 5) and 80 levels for each character (from 1 to 80). By purchasing Hero shards and Hero medals, players can raise their Hero star rating.

STEP tokens and Hero medals can be used to level up Hero. The Hero with the highest level/star rank has a better chance of winning.

The upgrade process will continue until the Hero achieves the highest star rank/level, at which point all of his stats will be significantly improved.

How to Earn in NFT Gunfire Hero

Once you win the endless mode/weekly event/each stage, you can get award prizes.

You can increase the rarity of in-game objects and sell them for more money in the marketplace.

You can later upgrade and trade their characters. 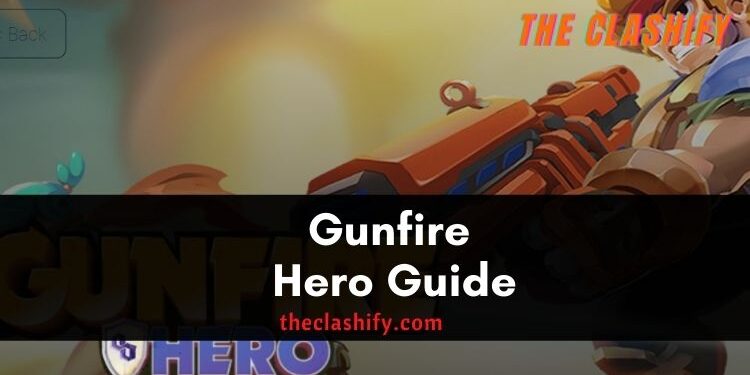 In Stage Mode, players will go through eight maps while following the game’s story. After you’ve completed all of the previous maps, you’ll be able to unlock the next one. The game will restart from the beginning of the player runs out of stamina or HP before fighting the final boss. After completing 8 maps, the Endless mode will be unlocked. During the game, the following items will be dropped: $STEP, Equipment, Equipment material, and Skin. When clearing a zone, you’ll get $STEP, Stamina, Equipment, and Equipment material as rewards.

The Endless Mode consists of a single session divided into 20 rooms, each of which is chosen at random from all accessible world maps. The amount of XP required to level up in each room will be determined at random from two pre-filled numbers on the server.

How to Play Gunfire Hero

Click on the above link to register and install NFT Gunfire Hero.