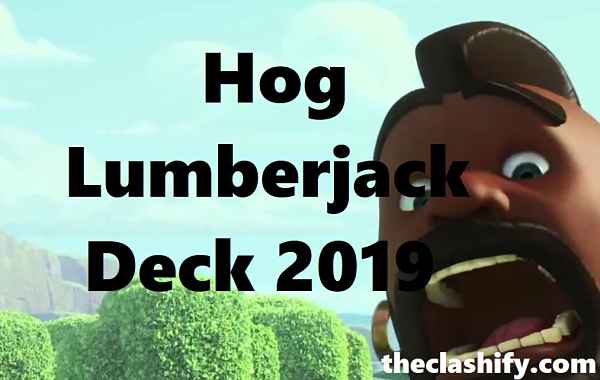 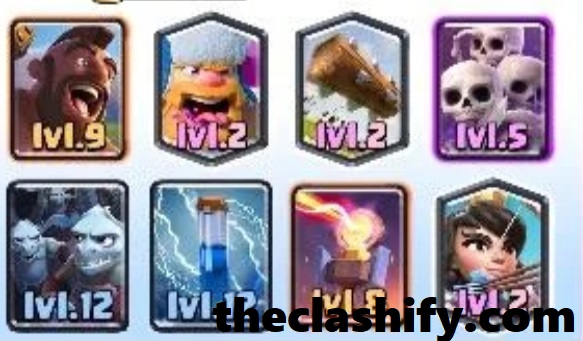 1.) Lumberjack – This card is the real star of the show, and the main reason why I’m posting this deck. I was determined to build a deck around this card, as it is my favorite card in the game by a mile. This card is absolutely underrated, as people routinely ignore a half health lumberjack, despite it being able to hit for a staggering 600-800 damage on their crown towers. It shines in shredding both tanks and their ground supports, and it’s synergy with cards in this deck, such as Hog Rider, Minion Horde, and Skeleton Army, make it devastating on the counter attack. I’ll talk more about these lethal combos down below. This card serves as a jack of all trades in this deck, serving as both the win condition and defensive support of this deck. It also excels in revealing enemy defenses, as I like to place it at the bridge to see what they have to counter it.

2.) Hog Rider – The speed of this card, as well as it’s high damage output, made this a perfect compliment to the Lumberjack. While getting this card to the tower is sometimes tricky, it pays off once you see it finally make it past to their tower, dwindling down their health rapidly. This card’s use is straightforward, serving as the main win condition along with the lumberjack and by using it to attack the opponent’s buildings, such as furnaces.

3.) Minion Horde – The primary air defense of the deck, and a card I like to hide until the opponent reveals their spells. This card has great potential on the counter attack, such as most cards in this deck, and excels at mowing down expensive ground-based pushes, although I don’t do this unless I know for sure if Balloon is in their deck. This card serves as a defensive card in my deck, shutting down all ground pushes and most air attacks.

4.) Skeleton Army – This is a card capable of stopping 15 elixir pushes by itself, and is only prevented due to it’s vulnerability to spells. I won’t go into too much detail with this card, as it is pretty self-explanatory. It serves as a distraction card, and is mostly used defensively against Miners and Goblin Barrels.

5.) Log – Another self-explanatory card, used to shut down cards such as Goblin Barrels or Princesses. Predictive logging with this card is recommended against spell bait decks to ensure your Lumberjack or Hog Rider make it to the tower.

6.) Zap – Oh look, another self-explanatory card. It’s versatility and overall usefulness, along with it’s cheap cost, makes it a guaranteed lock in any deck I create.

7.) Princess – Another legendary that makes it into my deck. It’s nowhere near the beast it used to be, but it stills remain a cheap card that can provide many uses and baits spells that otherwise would be used on Skarmy or Minion Horde. It excels at shutting down spawner and spell bait decks, along with the glass cannon supports often placed behind tanks, such as archers and minions.

8.) Inferno Tower – Last but not least, the Inferno Tower is the defensive building of my choice, as it melts down tanks and is crucial in shutting down enemy pushes. Beware of the opponent placing down cheap, swarm troops, such as skarmy or minions, in efforts to focus the tower onto those troops, instead of the beefy tanks.

Before I start getting in depth with the match ups and how to best face them, I’ll dedicate some time to the Lumberjack’s use and purpose in my deck, as well as general, as it can be somewhat confusing to know how to best use the card.

From my experience, the biggest mistake with this card is that people attempt to use it purely offensively and dedicate large amounts of elixir to make the best use of it’s rage drop, often setting themselves at a huge disadvantage.

I love using the card at the bridge, to draw out the enemy defenses to see what they have to defend my win conditions. Another play I often pull with it, is to pair it with a Minion Horde. This is an extremely high risk, high reward play that could either get you a crown tower while almost taking down their king tower as well, or that could just as easily place you at an insane elixir disadvantage if they have counter at their disposal, such as Fireball or Fire Spirits.

To combat this, I attempt to bait the enemy’s spells. For example, if they carry only Arrows and Zap, I would place my Princess and Skarmy close together to see if they bite and arrow them, which frees my Minion Horde to be used in combination with the Lumberjack.

I would only recommend doing this if you’re confident they have no spells at your disposal or are looking at a huge deficit in terms of tower damage.

This is by far the most important part of this deck. If I fail to cover a certain deck, do let me know. I covered the most popular decks I see, and decks like Giant Beatdown and GiantLoon I glossed over, as they are less popular and similar to beat as Golem and LavaLoon, respectively. I skipped over other decks like Three Musketeers for the sake of time, but if requested, I’ll add that too.

Golem – Heavy decks like this are some of the more favorable match ups. As this deck fails to have many heavy spells, your primary objective is to avoid letting your opponent have multiple pumps on the arena, and to have one tower down before your opponent launches their main Golem pushes at the start of Double Elixir. Even if you fail to do this, winning is still manageable. You should always rush the opposite lane they place the Golem on, even if that lane is almost destroyed, as letting the opponent use their elixir there allows them to build up a bigger push and further reinforces the Golem. By pushing the other lane, the enemy ends up with fewer amount of elixir to use to support the Golem, and that elixir you forced them to use could be the difference between them using lightning on your inferno tower. Repeating this cycle will allow you to win, and since they often only carry one other spell besides lightning, you can bait that lone spell and charge with a Lumberjack/Hog Rider – Minion Horde push.

LavaLoon – Similar to the Golem, you need to push the opposite lane so the opponent is forced to defend, which leads to the opponent to choosing between investing their elixir in Lightning or Balloon, rather than both. Use your log on their goblin gang, or their tombstone if they aren’t carrying it. If they have Miner, you need to protect the Princess at all costs, as it is crucial in taking down the Lavapups, and as long as it’s alive, the opponent needs to choose to Arrow the Princess to save the the pups and the other air support, or the Minion Horde to protect the Balloon. This is usually a favorable match up.

Spell Bait – Once again another favorable match up, as they usually have few spells, allowing your swarm cards to feast. I don’t use my log on their Princess, and instead deal with it as soon as it locks on my tower. I prefer to instead use it on their Goblin Barrel, and save my Skarmy for the goblin gang. I usually hold on to zap until I’m on the counter attack if I know they have Skarmy, and use it to zap whenever I launch my Hog, as they usually will place it on the same exact spot every time, which is right in front of their tower.

Royal Giant – This is a harder match up to win against, but it’s still winnable. I usually win 5 or 6 games out of 10 against Royal Giant, which I’m currently content with as it’s difficult to stop a max Royal Giant with my level 8 Inferno Tower. Due to the “nerf,” it now takes two seconds to deploy, which makes it harder to play against, as most people now play it all the way at the back to build up. What separates this match up from other tanks is the insane range of the Royal Giant. Due to this, the 4-3 plant used against most tanks is nulled against the Royal Giant, and instead, the best position to play this is in front of your tower, and a tile to the left if they’re attacking the left side, or a tile to the right if they’re pushing right. This allows your Inferno to avoid locking on to anything besides the Royal Giant, especially if they decide to back it up with Minions. If they decide to Zap your Inferno anyways, you have a Skarmy free to be deployed. Even if they spell this too, the Skarmy usually manages to take it down before the spell arrives, and as a result, you are free to use Princess and Minion Horde when it’s your turn to attack.

Mortar and Hog Cycle Decks – These two decks I grouped together, as they hard counter my deck with their multiple spells, and ability to out cycle my Inferno Tower. While the Hog Cycle is definitely winnable as I have multiple counters available to defend the Hog, and can often get a hit or two despite the Cannon with a well placed Log or Zap, the Mortar cycle is the only match up where I play to draw. It’s very difficult to out cycle the Mortar, and due to the Knight’s versatility and tankiness, it can beat my Lumberjack and prevent my Hog from destroying the Mortar with the help of an Ice Spirits or Skeletons. Your goal here is to draw with the opponent.

Thanks for reading this Best Hog Lumberjack Deck 2020 All comments, questions, and criticism is welcome 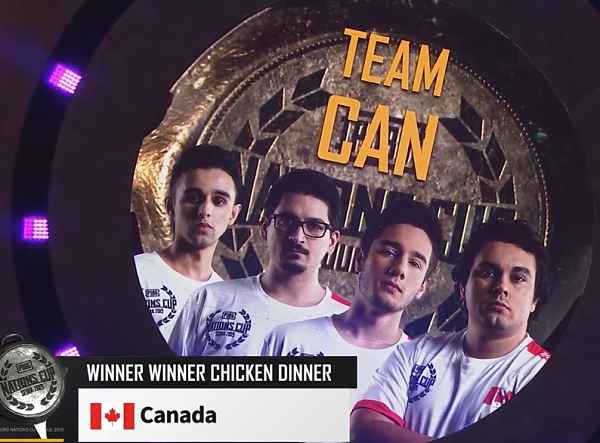 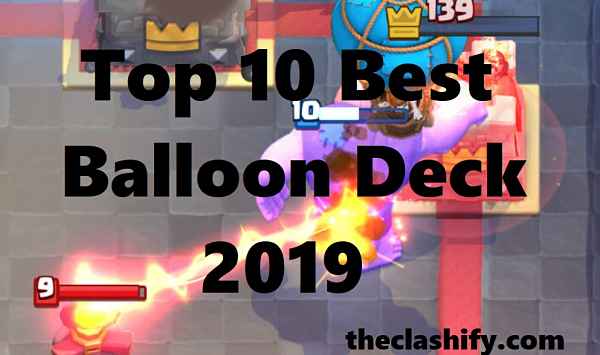 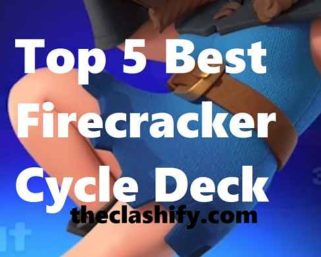 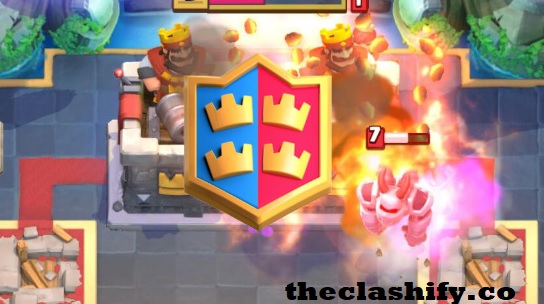 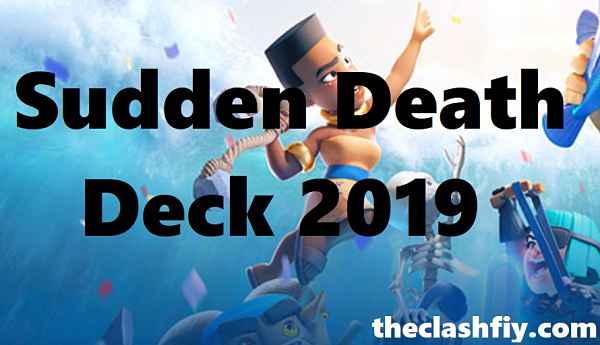 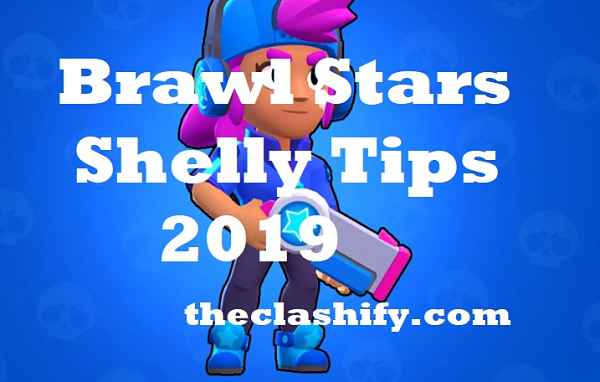