Tomoe Gozen is a female character who appeared in The Tale of the Heike and Genpei Seisuiki. She also appeared in Azuma Kagami, chronicles written by the Kamakura Shogunate. Born in 1154, she was the same age as her husband, Minamoto no Yoshinaka.

They were childhood friends. He later took her as his concubine when they fell in love. Her father, Nakahara Kaneto, was a hero too, and Tomoe received training from a young age. She eventually became an Onna-musha (female warrior). She battled alongside her husband in the Battle of Kurikara and contributed to the victory of that battle.

She once fought Hatakeyama Shigetada, a samurai working for the Taira clan, and escaped his capture. She was also known for beheading Honda no Morishige of Musashi, a famous general at that time, in the Battle of Awazu.

Cleopatra, the last queen of the Ptolemaic dynasty of ancient Egypt, was famous for her seductive, snake-like appearance. Born in Alexandria, the third princess ruled the country with her father from an early age, developing her political acumen. After her father’s death, Cleopatra was left with a will that required her to rule jointly with her brother.

Perhaps it did not occur to the old king that his children would fall out through factional and power struggles, and the throne of Egypt would be claimed via force. As for what happened in between, there were some interesting legends.

Cleopatra gave birth to Philopator Philometor Caesar, the only son of the great Caesar. It could be said that the first half of her life on the throne was dependent on Caesar. The second half of her life was spent under the protection of Antony, a general of the Roman Empire. In any case, Cleopatra rose to the pinnacle of power through her devastating beauty.

Legend has it that this fabled, romantic queen ended her life and the long Ptolemaic dynasty with an asp – a venomous snake. 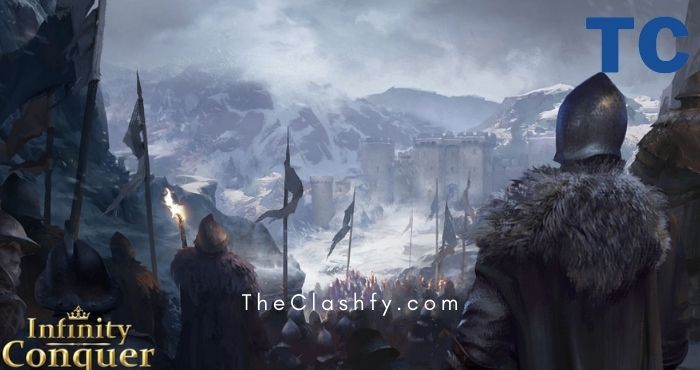 Joan of Arc was the light that comforted the French when they suffered in the Hundred Years’ War. Originally a young girl from the countryside, Joan of Arc was thirteen years old when she claimed to have received a “revelation from the Lord”, asking her to lead an army to recover the lost territories occupied by England, kickstarting Joan’s military career. She spent her life fighting against the British.

She then defeated the English army several times, which led to Prince Charles’ consecration as King Charles VII. The French became more united as they won more battles against the British. However, she was captured by the Duchy of Burgundy in during a conflict in Compiègne. She was soon handed over to the English for a large sum of money and sentenced to be burned at the stake for heresy and witchcraft by the Inquisition, under the control of the English authorities.

She said, “Of the love or hatred God has for the English, I know nothing, but I do know that they will all be thrown out of France, except those who die there.” Although Joan of Arc was gone, she inspired the French to fight on. She might have been sentenced guilty for heresy, but in the hearts of the French, she remained their saint.

King Arthur was a legendary British monarch and the leader of the famous Knights of the Round Table. According to Welsh legend, Arthur was an illegitimate child of King Uther and Gorlois’ wife, Lady Igraine. When Arthur was born, King Uther asked Merlin to care for him. Merlin then carried infant Arthur out of the Tintagel Castle and brought him up.

After King Uther died, Merlin guided Arthur to head to London. Arthur then drew the Excalibur from the stone, thus proving his legitimacy to the throne. During his reign, Arthur led his knights to fend off many foreign invaders and spread the code of chivalry across his land. Arthus was thus loved by his people, and they believed that he would continue to protect Britain. But Arthur was betrayed by his nephew, Mordred.

According to some sources, he wanted to take Arthur’s wife, Guinevere, as his queen. That triggered the tragic Battle of Camlann. Arthur sustained severe injuries, and died after returning the Excalibur to the Lady of the Lake.

Another version states that three enchantresses arrived after the battle to take Arthur to Avalon in a black boat. Some believe that if Britain is ever in danger, Arthur will return to the mortal world as Britain’s King to save it.

Oda Nobunaga was a Daimyo during Japan’s Warring States period and the Azuchi-Momoyama period. He was Japan’s most powerful political leader from 1568 until his death. He overthrew the Ashikaga Shogunate, which had nominally ruled Japan for more than 200 years, and brought an end to the rebellion that had lasted for more than a century, since the Onin War.

In Japanese history, he is known as one of the Three Unifiers of the Warring States, along with Toyotomi Hideyoshi and Tokugawa Ieyasu. Oda Nobunaga was born in 1534 in Owari at Shobata Castle. After the death of his father, he succeeded as the eldest son of the family. He defeated his half-brother Nobuyuki (aka Nobukatsu),

Lord Oda Nobutomo of Kiyosu Castle, Lord Oda Nobukiyo of Inuyama Castle, and Lord Oda Nobuyasu of Iwakura Castle in a domestic dispute and unified the Owari clan. After defeating the neighboring rival clans – the Imagawa clan in Mikawa, the Saito clan in Mino and the Rokkaku clan in Omi – he installed Ashikaga Yoshiaki as the shogun in Kyoto.

Afterwards, Yoshiaki made an enemy of Nobunaga and ordered the Takeda clan, the Azai clan, the Asakura clan, the Enryakuji Temple of Mount Hiei, the Suzuki clan of the Saiga Ikki, and the Honganji Temple in Ishiyama to form the first anti-Nobunaga alliance. Nobunaga eliminated each power one by one, broke up the alliance.

He then exiled Yoshiaki, thus dissolving the Ashikaga shogunate. By October 6, in the tenth year of the Tensho era (1582), Nobunaga had control of the entire Kinki and Koshin regions, and he was gradually expanding his power from the capital area to the Chugoku and Echigo regions. However, Nobunaga was betrayed by his vassal Akechi Mitsuhide during the Honno-ji incident and committed ritual suicide at age 49.

That’s it for this Infinity Conquer Heroes Guide, Soon we will add more Heroes.