Welcome to our Pokemon Unite Tier List, which provides a comprehensive overview of all Pokemon Unite Pokemon in the game. Pokémon Unite is the first 5-on-5 strategic team battle game developed by the pokemon company. In Pokémon Unite, you can engage in strategic 5v5 team battles with trainers from all around the world. You can dress up your Pokémon in a variety of beautiful costumes. 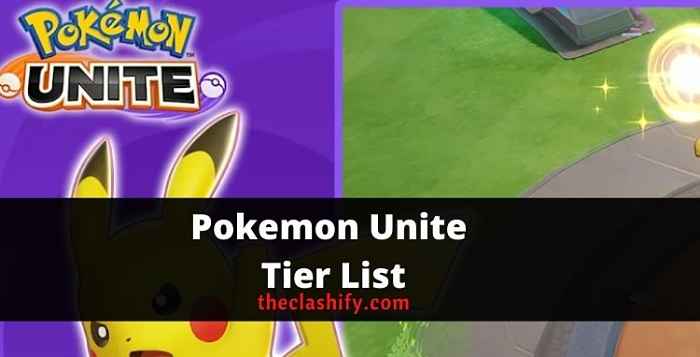 Greninja is the best Attacker in Pokemon Unite. Greninja is very Extremely lightweight and usable. Every third attack inflicts more damage. The opponent is slowed at long range. You do additional damage proportional to the opponent’s missing health at close range. Damage from boosted attacks increases as your attack levels increase.

Pikachu is a great offensive pokemon who can stun and kite enemies while dealing huge area of effect damage from a distance. Electro Ball is a powerful spell that paralyzes enemies in a wide area. It has consistent power throughout the game and is simple to use. Pickachu Every third attack becomes a boosted attack, doing more damage. When this boosted attack hits, it also paralyzes opposing Pokémon for a brief time.

Alolan With icy winds, a ranged attacker can silence, slow, or even completely freeze its opponents. Alolan Becomes a boosted attack every third attack. When this boosted attack hits, it deals damage to nearby opposing Pokémon and decreases their movement speed for a short time. On auto-attack, Alona slow/freeze is incredibly useful.

Cinderace is a very good attacker pokemon in Offense. Its movements reduce the space between it and its opponents while boosting the speed with which it attacks. Overall  Cinderace easy to use due to its myriad of ranged attacks

Cramorant Cramorant is a hungry bird Pokemon who tries to consume entire other Pokemon. A distant attacker with the ability to automatically counter-attack enemies by spitting out the fish it has caught in its mouth. Cramorant every fourth attack becomes a supercharged attack. When this enhanced attack hits, it spits Arrokuda or other Pokémon at opponents and inflicts damage to others nearby.

That concludes the list of Pokemon Unite Tier List 2021 September, We will update this page with more information on Pokemon Unite’s best pokemon. Till then Stay tuned to TheClashify for more info related to the Pokemon Unite.