Predecessor Playtest is now available on Steam and As the developer promised they are back with Predecessor Playtest, which will begin on April 1st at 10 a.m. EST. In this game, you and four friends join forces to fight for glory on the battlefield against enemy heroes on a classic three-lane map with an interactive jungle, legendary monsters, and more.

So come and take a look at this Guide.

In a match, ten players are split into two teams, each controlling a different hero. There are no two heroes alike. Each Predecessor hero has their own skills and design, ensuring that there is a hero to suit everyone’s playing style. To gather gold, heroes must achieve objectives like killing minions, towers, or opponent heroes.

As a hero accumulates more gold, they can purchase items from the shop that have intriguing effects on their heroes, such as the ability to travel to other areas, become invisible, stop time, and more.

Predecessor Items can also help a hero become more strong by improving traits like power, attack speed, health, and a variety of other numbers. 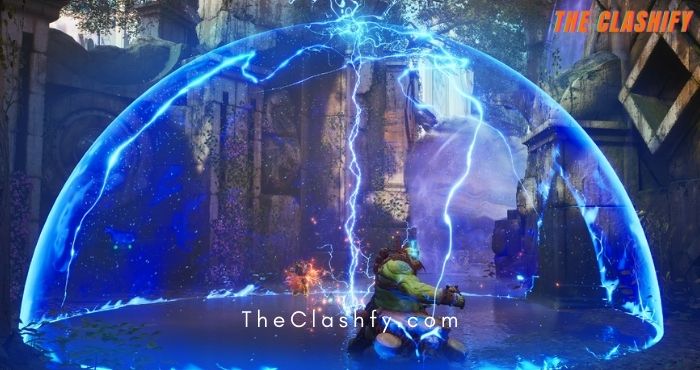 How can I join the playtest?

Developers will be granting access to a large number of players so be sure to head over to https://www.PlayPred.com/ and select the “Request Access”.

Will my Closed Alpha key from previous tests work?

When/How will I know if I can play?

If you’ve requested access to play, you will be notified via Steam early Friday.

No, this is strictly for testing purposes. If you’ve had any previous access, it will be deactivated before our Early Access release.

How long will servers be up?

Servers will be live starting at 10am EST April 1st to April 3rd.

Can we stress test on console platforms?

This is to stress test our PC servers for now.

Will there be controller support?

Controller support will not be available during our Stress Test Weekend.

Which servers will be included for the stress test?

We are only testing on NA and EU servers.

Which characters will be included in the Stress Test?

\All of the characters from our Closed Alpha Weekend will be included. Drongo, Feng Mao, Gadget, Gideon,Khaimera, Lt. Belica, Murdock, Muriel, Narbash, Sevarog, Steel, Sparrow and The Fey. We’re introducing a few familiar names to the roster as well. You might have noticed Howitzer in our most recent teaser blowing everything and everyone up. He will also be joined by Rampage, Grux, Kallari and Riktor! Oh yeah, we’re excited too!

Can we test on EPIC Games Launcher?

This test is only available through Steam for now.

If I come across a bug, how do I report it?

Select our menu icon > Bug Reporting > Provide a description of the bug you came across.

Where can I provide feedback?

We’ll be sending out Google forms via email and our official social channels for feedback.

Will I be able to use my old account information from previous Closed Alpha weekends?

No, you will have to create a new account for this test.

Absolutely! There isn’t an NDA in place for this stress test. Don’t forget to tweet your amazing plays to @PredecessorGame using the hashtag #PredPlays!

We will be highlighting some of the community’s best plays so show us what you got!

What system specifications will be required to run Predecessor for the Stress Test?