Hello everyone, Today we will show you Pubg New State Beginners Guide, PUBG STUDIOS, the company behind PLAYERUNKNOWN’S BATTLEGROUNDS, has released PUBG: NEW STATE, a new Battle Royale game (PUBG). In PUBG: NEW STATE, 100 players will battle it out on a new battlefield with a variety of weapons and techniques until only one party remains. To survive the Battlegrounds’ free-fire zone and become the last Survivor standing, use gear, vehicles, and consumables. 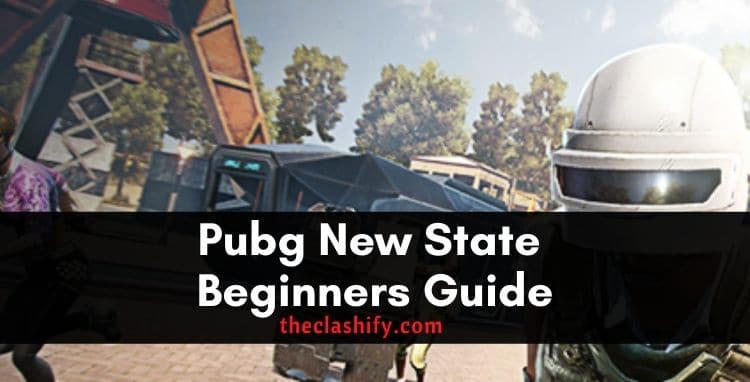 The PUBG: NEW STATE supports Solo, Classic Squad, and Team Up Squad modes. Your preferred map and mode options can be chosen on the map selection page in the lower right corner of the screen. indicate the Team Mode and Auto-Matching options. After selecting a map, choose a game mode using the TEAM MODE button. To play Team Up Squad mode, select “Team Up Squad” as the Team Mode. AUTO MATCH can also be toggled on or off

Introducing Troi, a map that can only be found on PUBG: NEW STATE. Set in 2051, Troi is a new city in PUBG lore and contains many unique landmarks. The city has many unique spots, each with its own signature designs and mechanics.