They are the Elves’ Queen’s appointed guardians, tasked with keeping the peace in the forest and never allowing it to be disturbed. As a result, they hide in the woods and move quickly through them, making it difficult for the opponent to capture their figures.

Furthermore, their bows and arrows are imbued with elven might, which conventional weapons cannot match. Invaders are frequently vanquished and flee one after another when confronted with such adaptable and versatile protectors. 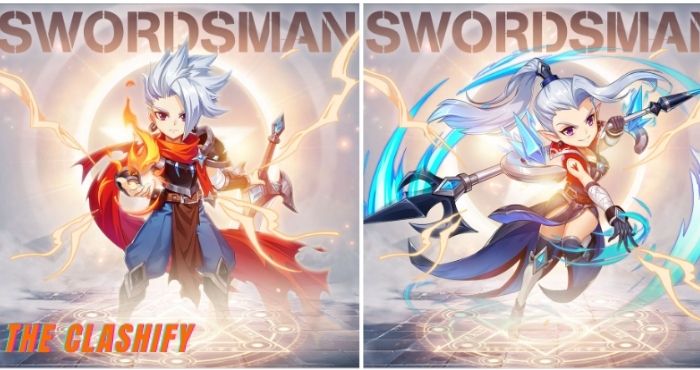 The swordsman was born in Internal, in a little village. They can easily handle a massive sword and swipe at the enemy, dealing damage, thanks to their natural and outstanding skill for swordsmanship. Not only that, but their abilities are quite strong, allowing them to move about freely on the battlefield and escape opponent strikes fast and flexibly. When dealing with situations, the swordsman will never hesitate to pull his sword to assist one another.

Mages are disinterested in imperial city politics or exterior conflicts. They study magic every day, hoping to uncover new discoveries. When the world was about to plunge into crisis, the Magic Association, which promised to provide magical support to the kingdom, dispatched members to various locations around Tyre to collectively resist and evict those creatures lurking in the shadows.

Mages maintain a cool demeanor at all times, and with a powerful magic shield, high ATK, and good defense, they repeatedly demonstrate their prowess with the wand in their hands, earning the respect of the populace.