Follow this article to find out how to redeem Roblox Oil Warfare Tycoon Codes that can be exchanged for skins, coins, outfits, and other in-game items.

As of today, we have listed all the available Promo codes for the Roblox Oil Warfare Tycoon below. You can redeem these codes for free skins, coins, and other in-game items.

You can also join this Green Titans Entertainment group for a free M4A1 Acog. 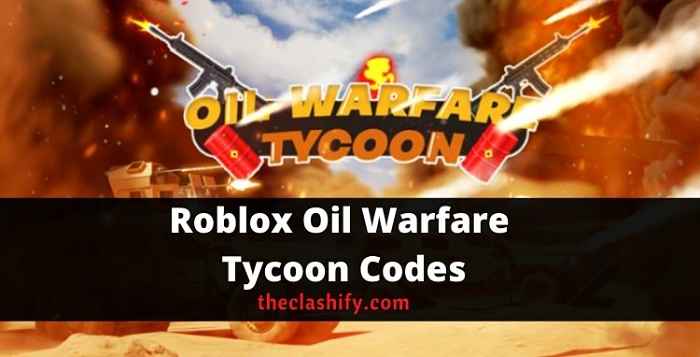 How to get Roblox Oil Warfare Tycoon 2021?

Build up your Tycoon and start a war with an arsenal of weapons and vehicles!

All game passes save, even after rebirth. FOLLOW us to get notified when there is an update!

Join our group for a free M4A1 Acog: https://www.roblox.com/groups/3115970/Green-Titans-Entertainment This game uses Blizzard Helicopters and a heavily modified version of the ACS Gun System!