Hi guys, I will show you the Complete Guide to using the Rush Royale Ivy. In this article, we will share Rush Royale Ivy Deck, attack speed, ability, and more. in Rush Royale version 7.1 update, developers of Rush Royale introduced Ivy along with Gargoyle cards & other exciting features.

so without further ado let’s get started and Learn How to play Ivy in Rush Royale.

This Ivy deck is a very good choice for low-level players and they easily win with this Ivy Deck. This deck has only 1 Legendary card. Ivy Throws seeds that periodically deal damage. This damage increases with each noxious flower on a monster.

When an enemy dies, its flower explodes, poisoning adjacent monsters and dealing damage based on the max number of noxious flowers on the monster.

For bosses, we have Thunders and Crystalmancer, and the Frost card will help by slowing down the enemy monster. Phone Cat, a YouTuber, also used this Rush Royale ivy deck. 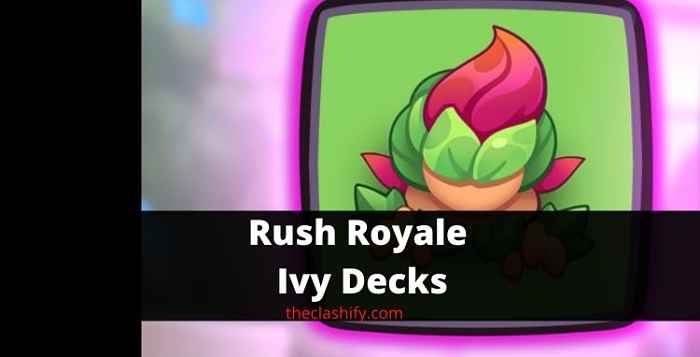 Ivy uses seeds to infect your adversaries, focusing on the enemy with the most health. The seeds deal periodic harm to the adversary, which increases with each subsequent strike from Ivy.

Ivy moves on to a new target once the maximum quantity of seeds has been achieved. When an infected enemy dies, it bursts, poisoning neighboring monsters and inflicting damage proportional to the level of infection.

It is advantageous to have multiple Ivys on the table at the same time, as this will demolish opponents and weaken mini-bosses. After that, the poisoned adversary will be easily dealt with by your main DPS pawn.

Take a Look at this guide: How to Get Legendary Card in Rush Royale