Check it out below. everything about rush royale version 3.2 update. 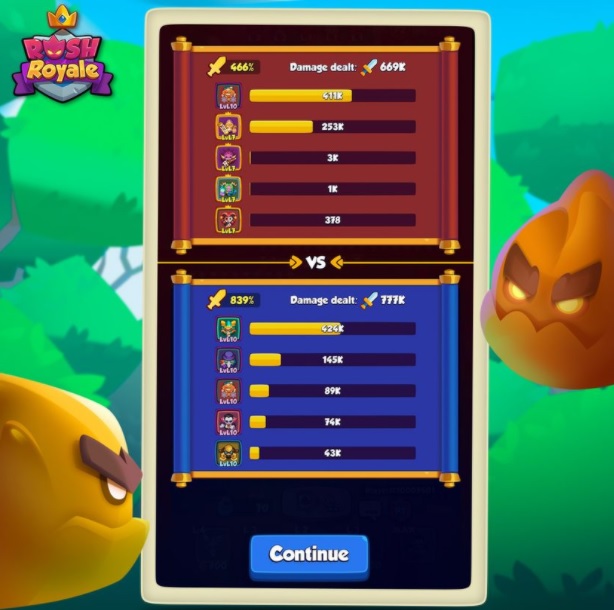 In the new rush royale version 3.2 update, you will see this new screen at the end of each battle. It will display inflicted damage and the contribution of each individual unit.

This new battle stats screen will give you more insight into each rush royale card in your deck.

After the rush royale version 3.2 update, you all will be able to play with friends in rush royale.

How to Add Friends in Rush Royale?

You can send a friend request after a battle’s end or by using a player ID. You can find and copy your ID in the new Friends tab at the menu.

We have adjusted the monster health increase rate in PvP and Co-Op in accordance with unit level-up changes (and also to speed up the game a bit).

Rush Royale Version 3.2 Update in not available in Play Store?

Rush Royale Version 3.2 has become available for some of the Android players and iOS players. If you are one of them, you will see the new version on Play Market and App Store.
We plan to release the new version for all the players around the world shortly and we will make a special announcement about that here, on our Facebook page. Thank you for your patience and support!

also, take a look at this Rush Royale Guide: