What is Stand Upright Rebooted Stand?

A Stand is a psychically formed entity created by its owner, known as a Stand User. It usually appears as a figure hanging over or near the user, and it possesses skills beyond those of a normal human, which can be used for good or evil depending on the Stand User.

The personification of “spiritual energy” is what a Stand is. These are similar to intense visions that have been given a visual representation. They’re called “Stand” since they normally appear standing next to the User.

Leveling up is a major part of the game, since not only does it unlock skill points, but it also gives access to certain NPCs, and increases your damage overall.

Some good stands with amazing power would be:

Although these stands are already equipped with amazing damage even without a helpful attribute, here are stands that will still be good with certain attributes.
TWAU, CD, WS, SPOH, and KQBTD.

Now that we’ve gotten the stand’s power out of the way, let’s talk about stand’s abilities. Certain abilities will be useful when grinding, whether its stands with the pilot ability, or stands with ranged abilities.

This is because you can stay away from the NPCs that you need to kill while still doing massive damage to them. Hierophant’s pilot ability allows the user to control their stand freely. This means you can use abilities on

Hierophant without needing to worry about the NPC damaging you (if your character is in a safe place). D4C’s merge clones and pistol fire are also good examples, since they both do good damage (especially merge clones) while staying far away from the NPC.

Last but not least, let’s talk about your own skill. This factor does not have a huge impact if you are following the above, but it still can help just a bit.
Depending on how good you are at the game, your reaction time, and other things, you can complete quests just a bit faster. You can practice using your stand on NPCs if you do not have much skill and/or are new to the game. If you had followed everything above, you shouldn’t have much problem with grinding. 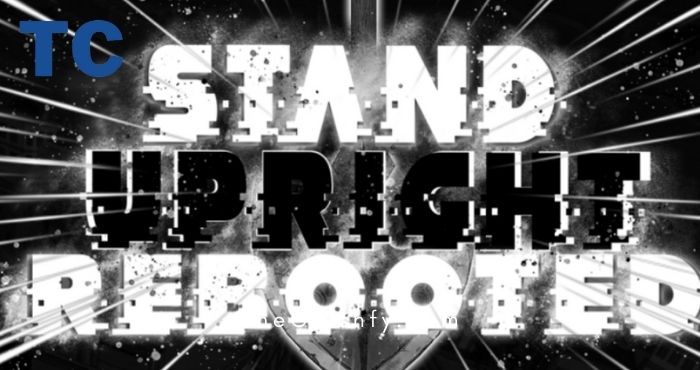 Lairs are a useful way to gain items. Here are some tips to help you complete lairs faster and more efficiently.

When you enter most lairs, there will be minions or weaker NPCs that you have to fight in order to reach the boss and complete the lair.

Not many people know this, but you don’t have to kill those to access the boss. You can dash right past them and head straight to the boss to make it more faster.

Some bosses do have a lot of HP, but some do not have special abilities. This means that you can use high damaging abilities, or useful abilities without punishment. These may include timestop, Hierophant’s emerald splash and sapphire horn, Killer Queen’s Bites the Dust, and stuff similar to that.

For the bosses who use stands and have basic moves such as barrage and heavy punch will require a bit more attention. . Now for some of these you can still use your abilities to kill them, but some might have a lot of HP and tank everything. For those who do, you should try and barrage as often as possible, for around 4-5 seconds (so the boss doesn’t get their cooldown back). Before barraging, make sure two things:

When both of these moves unavailable, the boss will have a difficult time knocking you back or stopping your barrage. You can also M1 as much as possible to add additional damage, as well as using your signature abilities.
Although this chapter won’t have a huge impact, it still is good to keep in mind.

Depending on where you are, the lair will be a certain distance from you. After completing a lair, you will die and respawn. To save a bit of time, if you spawn far away from the lair you want to complete, reset to try and spawn closer to it and save a bit of time. This will help in the long run.

Not many people know this, but during the “Loading…” screen for a lair, you can still move. Knowing this, you can move forward while being in the loading screen to save just some time while doing the lair.

How to Defeating Bosses in Stand Upright Rebooted

Bosses are a helpful way to get items that can be used to evolve your stands.

Bosses are some of the most powerful enemies in the game, so you’re gonna need some strategies in order to defeat them.

As stated in the grinding levels section of these tips, you should keep your distance from bosses as they deal a lot of damage if you are not prepared. Using stands with pilots and ranged moves will be excellent for this situation. Although there are times where you can brute force through a boss, for instance if you have a beatdown, you can deal lots of damage while not being able to take damage.

Some bosses have specific spawntimes, if you pay attention to the clock, you will be able to catch the boss on time

By opening the stats menu (by pressing “M”), you can see the server time under the stand stats. Heaven Ascended Jotaro’s spawnrate is every 20 minutes, and Johnny Joestar’s is every 30 minutes. This means approximately every 20 and 30 minutes, you are guaranteed a boss spawning. Make sure you always pay attention to the time so you don’t miss a boss spawning, since they do despawn after 5 minutes.

Hamon Dealer is an NPC near the Giorno Giovanna quest that teaches you the hamon secondary at any level. 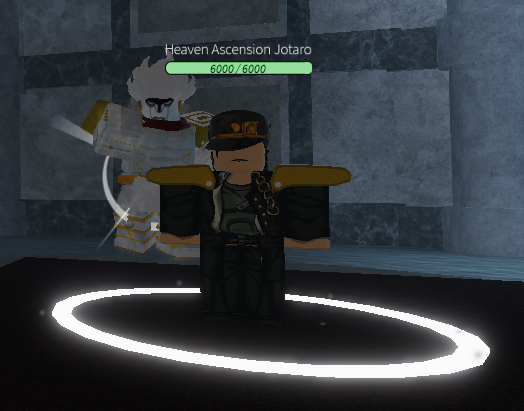 NOTE: Heaven Ascended Jotaro spawns every 20 minutes. If he is not killed within 5 minutes of him spawning, he WILL DESPAWN.

Heaven Ascended Jotaro’s drops (You only get one

Currently the strongest NPC in the game, with a huge amount of 8000 hp. You will need a very strong stand to beat this NPC.. Alongside this tough NPC, he will have the chance to drop 2 items: Saint’s Limb and Saint’s Torso. He also has the chance to drop none of these items. 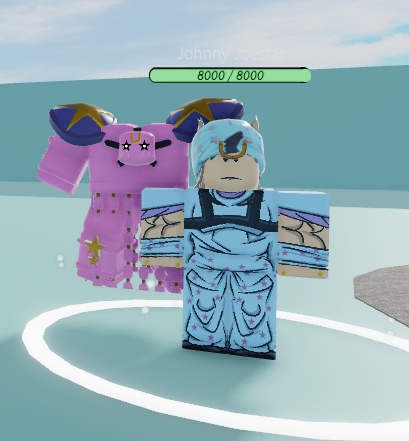 NOTE: Johnny Joestar spawns every 30 minutes. If he is not killed within 5 minutes of him spawning, he WILL DESPAWN.

Johnny Joestar’s drops (You only get one)