So come and take a look at this Take the Throne Guide – Classes and Beginner Tips.

Warrior – The Warrior class has extra hard-hitting physical damage but lacks stamina. They can throw their weapon and have a slam ability which will send enemies flying.

Fire Mage – The Fire Mage is a glass cannon class that can cast a short-ranged flame, or bring down a fireball on their enemies. This class can hit very hard with spells but lacks physical damage.

Night Blade – The Night Blade class is a mix between a melee and a caster class. They can be extremely evasive with their teleport, or bring up a spike wall which can spike their enemies into the air.

Shaman – The Shaman class is a master of the earth. They have an area of effect spell which can bring up a wave of rocks around them. They can also summon rocks beneath their feet to walk on mid-air. 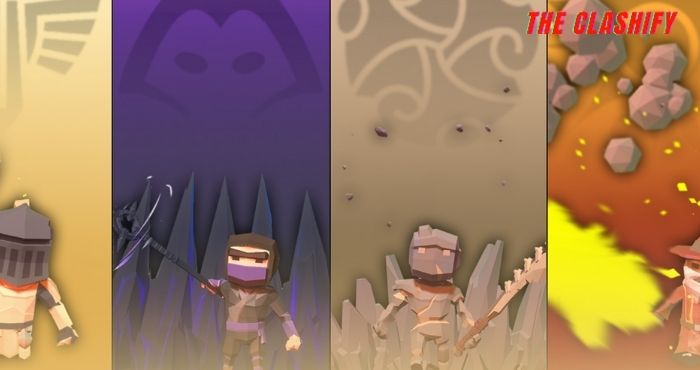 LOBBIES FOR UP TO 30 People – Take the Throne is a new Massive Multiplayer Online Battle Royale game that allows up to 30 players to compete. Each round, a new participant is eliminated, until only one remains to claim the throne!

FUN FIGHTING MECHANICS – Take the Throne mixes ragdoll physics with innovative battle mechanics and weapon hit force, where the lesser your health, the further you are hit.

SATISFYING PVP ENCOUNTERS – PvP engagements are the foundation of Taking the Throne. When you equip your weapon, you’ll have two distinct sorts of swings to choose from, as well as unique class powers! Use the block mechanic to prevent certain death if you need to be on the defense.

ENDLESS CUSTOMIZATION – There are hundreds of skin/weapon combinations in Take the Throne! As you progress through the rounds and win, you’ll be able to buy new skins and weaponry.