Hi guys, Today, We’ll give The Anacrusis to new players who are just getting started with the game. The Anacrusis is a cooperative first-person shooter for four players set aboard a huge starship abandoned on the outside of known space. You may team up with your pals to combat alien hordes in an infinitely replayable battle to acquire perks, weapons, and new ways to play that you can share with your friends. 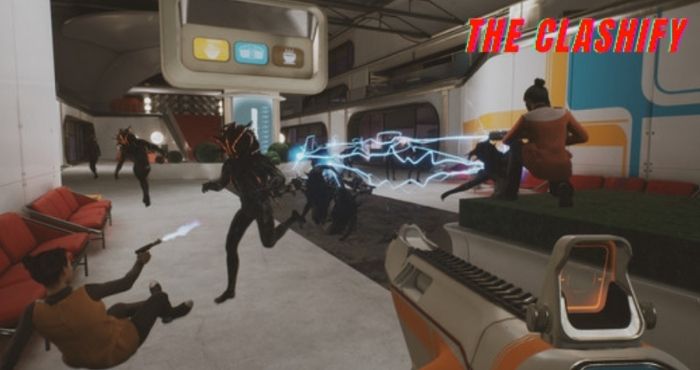 SMB – The Anacrusis Submachine Blaster is an extremely crucial weapon because it has a 50-round magazine, can hold up to 550 rounds and has the fastest fire rate of any gun in the game.

Plasma Rifle – The plasma rifle is an excellent all-around weapon, capable of firing at close range as well as from afar. The plasma rifle has medium ammo reserve, it easily dispatches some specialities.

Blaster – The Blaster is a shotgun in The Anacrusis.The Best Weapon In The Anacrusis for clearing houses and other buildings during the battle. The Anacrusis Shotguns have effectively no far-range damage.

Arc Rifle – The Arc Rifle is a unique weapon in the game, unlike other weapons, it cannot be found in safe rooms; nonetheless, you can locate one on the main path and you may come across one.

Laser Rifle – The Laser Rifle is a unique weapon in the game, it cannot be found in safe rooms; nonetheless,