Hi guys, Welcome to our The Cycle Frontier Guide 2022 for Close Beta 2, In this The Cycle Playtest Guide we will talk about The Cycle: Frontier Closed Beta 2 and much more. The Cycle: Frontier is a suspenseful and dangerous free-to-play high-stakes PvPvE first-person shooter. Prospect for minerals and other valuables on an abandoned alien world that has been wrecked by a catastrophic storm, is home to monsters and is frequently invaded by other ambitious Prospectors.

Contracts: Here we will showcase tips to help you deal with contracts specifically:

Personal Contracts: These contracts show up only in solos mode, and aren’t shared with pact-mates
like other contracts are. They are unmarked but can be found using the scanner. 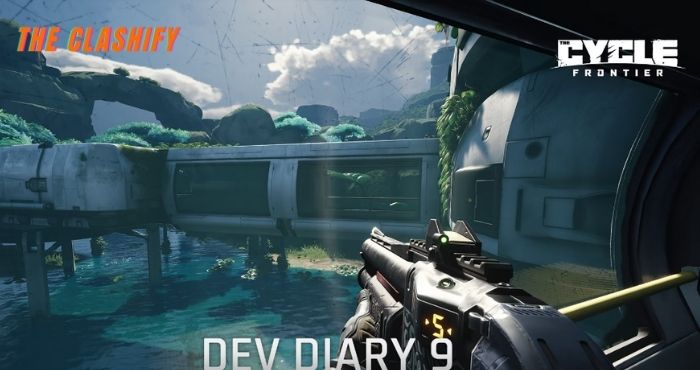 You can run by holding down the run button (default is “shift”), this makes you move faster and you
should do this all the time.
While running you can press the crouch button (default is “Ctrl”) to slide. This will not make you faster,
but it will speed you up to your running speed instantly, useful for moving out of standstill. When you
are sliding your hitbox changes and you are a lot harder to hit.

Suits:
There are 3 suits in the game (augment is the fourth but it’s total lack of movement makes it almost
unusable), each suit gives the player different movement abilities along with other stuff.

Dragonfly Flightsuit:
Gives you a jetpack, which you can use to fly. Also gives you the ability to slam from above dealing
damage to what you hit. Great for map traversal.

Boxer Warsuit:
By holding down jump, you perform a super jump, going considerably higher. Also gives you the ability to
punch forward dealing 200 damage to what you hit, while also moving you fast forward. The punch is
also very helpful in map traversal.

Aani QuickSuit:
Gives you the ability to slidejump (begin a slide, then jump and you will get a speed boost forward) and
double jump (later also triple jump.) You also get the ability to dodge sideways or backwards, to avoid
being hit. Look in the settings how to perform the dodge. It has less health than the other suits.

Eco is getting credits to buy stuff in a match. It is very important to get good eco in the start of the
match, as it gives you the ability to buy better weapons, abilities and upgrades.

Basic:
You can get a lot of eco by doing minerals and maybe some hunts. You can also loot buildings and get
some credits that way, your scanner can help with finding them. In duos and squads split up and do your
own minerals, this way you get more credits faster.

White mineral:
The white mineral appears in 2 places on the map, it will spawn once the 90 second countdown is done.
This is a big 1000 mineral and will spawn a lot of monsters to kill for credits. Along with the big
mineral, there are also a lot of smaller minerals around it. By doing all these minerals you will have
enough eco to buy a good weapon and an ability. But be careful because other players will also try to
take this and you might be attacked.

Early drones:
Doing a drone early in the match can give you a lot of eco. Launching the drone will spawn a lot of mobs
which you can kill for credits. Along with the credits launching the drone also gives you 30VP. Again be
careful other players want to destroy your drone as that gives a lot of VP.

Upgrade your Gear: You can spend your extra credits during a match to upgrade your weapons and abilities, to give you a small edge. Usually it is better to upgrade your abilities since the +5% extra damage is not a lot, while a -5s cooldown or duration is!

Pacting in solo mode: Some contracts are worth to be done while you are pacted. When pacted you are 2 people being able to do different contracts for more VP. Remember, when you are pacted you and your pactmate will lose your shields making you weaker against enemy ambushes. Success of pacting depends on the situation, and needs some skill to pull it off in a way to gain an advantage.

The Map: Open your map often(default is “tab”) to gain valuable information where the contracts are. Such as where a powerstation is that you can power up, or where the next uplink is going to be. Make it a habit to open it often, so you always know where to go next.

The 2 different maps: There are two possible maps where you can play on.

Bright Sands (Map 1) features a large desert and swamp across the bottom of the map, with lush forest and jungle along the top. The evac area is in the center, inside a mountain with entrances from all sides.

Crescent Falls (map 2) is more a bowl shape, with a gradual incline the farther you get from the middle. It also features a salt lake area to the left of the evac zone, which is a circular valley with ridges along the edge, great for sniping. Map 2 also has a lot of credits found in buildings, particularly around the three uplinks.