Three Kingdoms Warfare is an RPG game developed by TTHmobi for mobile devices. Three Kingdoms: Warfare recreates ancient battlegrounds in a realistic manner. Sandbox maps with millions of tiles and grids are just waiting to be conquered. From large capital cities like Luoyang to minor commanderies in the far reaches of the country. Explore the vast sea and the intriguing hinterland areas from east to west. At The Red Cliff and the Central Plains, epic battles erupt. The entire land of the Three Kingdoms is ready for you to explore!

Follow this article to find out how to redeem code in Three Kingdoms Warfare that can be exchanged for coins, gold, and other in-game items.

As of today, we have listed all the available Redeem codes for Three Kingdoms Warfare below. You can redeem these codes for free Coin, Gold, and other in-game items. 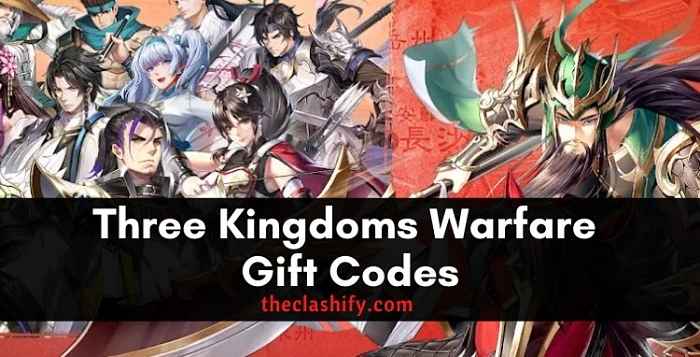 How to Redeem codes in Three Kingdoms Warfare?

If you don’t know how to use a Redeem Code in Three Kingdoms Warfare? It’s pretty simple you just need to follow a few simple steps.