Yu-Gi-Oh! Master Duel is a free-to-play, official Yu-Gi-Oh! Official Card Game and Trading Card Game simulator. In Duel Mode, users can buy and collect digital cards, construct decks, and compete against other players online, or in Solo Mode, they can struggle through card stories and learn how to play.

There are almost 10,000 cards from the game that may be collected.

With Yugioh Master Duel finally being released, there are many different decks and strategies players can build. But players may have noticed that there are a lot of cards that are played in a lot of different decks. These cards are called “Staples” as they are what keep decks together. There are many powerful staple cards that are available across all rarities in the game. This guide will go over what the best Yugioh Master Duel cards are that every player should have in their arsenal. Players can acquire these through packs and crafting

There are a surprising amount of good Normal and Rare cards that players can easily craft in Yugioh Master Duel. A lot of these used to be the best cards in the game a few years ago, but can still be very strong in the current metagame. Many of these will be situational as players progress, but cards like Forbidden Chalice, Torrential Tribute and Fusion Destiny will continue to see play even at the highest level.

These are the top 10 SR cards to pick up. This section is dominated by consistency cards. The best draw power in the game comes from the three different Pot cards. All of these cards are like Pot of Greed as they draw two cards from the deck with conditions. Outside of that there is another pseudo-draw card with Fantastical Dragon Phantazmay that punishes opposing players for summoning link monsters and lets you draw whenever they do so. And then there is Droll & Lock Bird which is essentially a punishment tool for when opposing players draw cards.

These 10 cards are staples at the UR rarity. | Screenshot provided by Konami.In modern Yugioh, the “hand trap” takeover is in full effect. Hand traps refer to cards that punish opposing players that can be activated from the hand. Hence the name hand trap. The best hand traps in the game are unfortunately Ultra Rare rarity. However, these cards are vital to any competitive deck build and players will want these cards more than every other card when it comes to playing in high rated.

How do you get cards in Yu Gi Oh Master Duel?

Cards are obtained through buying card packs and bundles.  They can also be obtained as a solo-mode reward and a Dueling Rank Up reward.  Lastly, cards can be obtained from crafting.

In Yu-Gi-Oh! MASTER DUEL, you’ll be able to unlock over 10,000 cards*. They’ll have access to a massive library of beloved Monsters, strong Spells, cunning Traps, and more, spanning over two decades of Dueling history. The game features iconic Yu Gi Oh Master Duel cards such as Dark Magician, Blue-Eyes White Dragon, and the unstoppable Exodia the Forbidden One.

Yu-Gi-Oh! Master Duel is a free game to play. As you go through the game, you will get new cards. To assist new players in learning how to play, in-game tutorials are available. Solo Mode takes you on a journey through the Yu-Gi-Oh TCG’s storylines and themes.

In the game, there are over Yu Gi Oh Master Duel 10,000 different cards to choose from. Only 6750 appear to be collectible. Players can participate in a variety of events thanks to the rotating Tournament forms.

How to get cards in Yu Gi Oh Master Duel 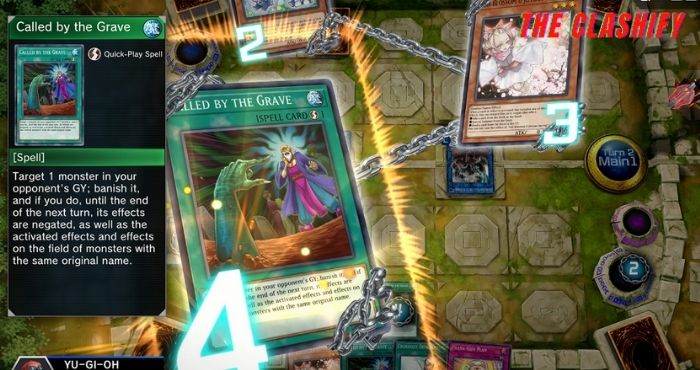 For all of us, TCG players can all provide a list of staple or generically powerful cards, for duel links exclusive players and new players to give them an idea of cards to aim for via crafting.

Off the top of my head here’s a few I can think of, plus a short reason why you should consider the said card.

Infinite Impermanence – powerful trap card that can be used from the hand to interact with your opponent if you control no cards. It negates a monster effect and Yes can be used on your opponent’s turn from the hand if you control no cards. Also has the benefit of not being affected by called by the grave. It also has the additional effect of negating spell/trap cards played in the column that this card was set in.

Ash blossom – probably the most versatile hand trap, can be used against basically every deck. Stops opponent from sending a card from deck to go, adding cards from the deck to hand, or special from the deck.

It can be used to hit combo pieces for decks that need monsters on the field to link climb, synchro climb, etc. It can also be used to hit field spells, continuous spells/traps. Take note that it simply destroys it doesn’t negate monster effects.

Ghost Belle – same as ash blossom but for graveyard stuff, stops the opponent from utilizing effects that special from the gy, banish from the gy, add from gy. Quick note it doesn’t stop cards that banish as a cost i.e. circuit.

Effect veiler – target a monster and negate its effects, can be used multiple times but only during the opponent’s main phase