Yu-Gi-Oh! Master Duel is a free-to-play, official Yu-Gi-Oh! Official Card Game and Trading Card Game simulator. In Duel Mode, users can buy and collect digital cards, construct decks, and compete against other players online, or in Solo Mode, they can struggle through card stories and learn how to play. There are almost 10,000 cards from the game that may be collected. Also check out here: Top 10 YuGiOh Master Duel Decks 2022 (Meta Decks) 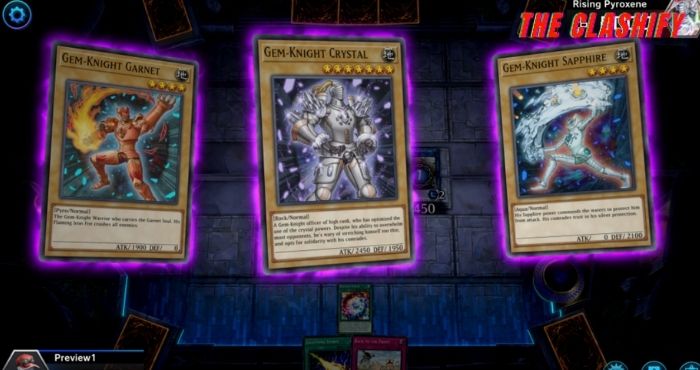 How Many Cards Can You Put in Your Deck?

The Yu Gi Oh Main Deck consists of 60 cards. A deck can only contain 60 cards at a time. As a result, you can make decks with numerous copies of the same card. Having the most cards, though, can make it difficult to draw for the cards you need in combat.

A minimum of 40 cards must be in the main deck. To be playable in any form of a duel, the Main Deck must have at least 40 cards. In most types of duels, having 40 cards in your main deck is also extremely useful, however, adding a handful of more cards is also a smart move.

For the Extra Deck, there are 15 cards. Your Fusion, Link, and Xyz Monster Cards are kept in your Extra Deck. This deck can have a maximum of 15 cards in it, allowing you to summon a decent lineup of cards during a duel.

Players will have the opportunity to prepare the Deck they’ll be utilizing in duels before joining a match. Each deck contains cards that can be drawn in-game to help them compete more effectively against their opponents. The better the cards in a Deck are and the better they complement one another, the better a player’s odds of winning versus opponents are.

The main objective during a Duel is to reduce the opponent’s Life Points or LP to zero. This is done primarily through the use of cards that each player has the opportunity to place on the field.

It is extremely rare for a player to be able to directly target an opponent’s LP during a match. When the opponent does not have a card on the field capable of absorbing the player’s attacks, this happens. Players, on the other hand, will have a chance to do damage to an opponent’s LP if their attacking card has a higher ATK than the opposing player’s card. If the attacked card has a high DEF stat, the effect is considerably diminished, and each attacking card can only attack once every round.

There are 20 Deck Editor slots available to each Duelist.

This is where you keep the Duel Decks you want to utilize. More Decks can’t be created or saved than the amount of Deck Editor slots you have.

You can personalize your Deck with whatever cards you want, but bear in mind that when doing so, the following guidelines must be followed:

Decks that you can utilize in Solo Mode are known as Yu GI Oh Master Duel Loaner Deck. Even though you don’t own the cards in the Loaner Deck, you can Duel with it in some locations. Check out the Loaner Deck’s page to discover what cards are included. You can also paste the contents of the folder into the Deck Editor. *When you copy over cards that you don’t own, they’ll keep their “Not Owned” designation. *You are unable to Duel with Decks that contain cards you do not own.

You can copy and save a Deck to any empty space in the Deck Editor by selecting it. If all of your slots are full, you won’t be able to copy or save any more Decks.

Forbidden/Limited List establishes the maximum number of copies of specific cards that can be included in your Deck.

In the Deck Editor’s Deck menu, you can customise Card Cases, Card Sleeves, Game Mats, Field Parts, and Mate’s Base mascot cards for each Deck. Accessories can be gained either completing objectives (such as those for Solo Mode) or purchasing them in the Shop.

The player chooses one of the following decks, though they can unlock the other two by completing quests.