When you boot up the game it’s going to ask you a couple of questions and then drop you into 3 tutorial games (you can skip them if you want). Read Here: Yugioh Master Duel f2p Guide

I suggest choosing the one that you like the best, because it kinda doesn’t matter since we’re not going to be taking these decks into rank and you get the remaining 2 later through mission rewards.

Now that you’re at the main screen go collect the free login rewards.

The pass is going to give you a lot of crafting materials that are going to be needed in order to craft cards.

While we’re at the shop DO NOT BUY any of the normal packs (Stalwart Force, Revival of Legends, and especially the Master pack).

Stalwart Force contains 2-3 cards for different archetypes, but there is a better method for obtaining archetype cards. Revival of Legends has cards that will help to improve the Yu-Gi-Oh Master Duel 3 starter decks, but again if you really want to play those decks there is a better method for obtaining the cards. And the Master pack is just a no. It contains all the cards in the game, and the odds of you getting the specific card you want from the Master pack is less than 1% so stay away.

If you’re really looking for a specific card just craft it. From here I suggest completing as much of the Yu-Gi-Oh Master Duel Solo Mode as possible. Complete Duel Strategy, The Absolute Monarch, and The Warriors of the Six Elemental Lords. Completing these 3 will give you different cards, a Monarch structure deck, crafting materials and more gems.

Secret packs is where you want to spend the majority of your gems. Sidenote: I recommend focusing on building one deck at a time. It’s better to have one completed deck than multiple incomplete decks. And that’s it, hopefully, this is helpful. 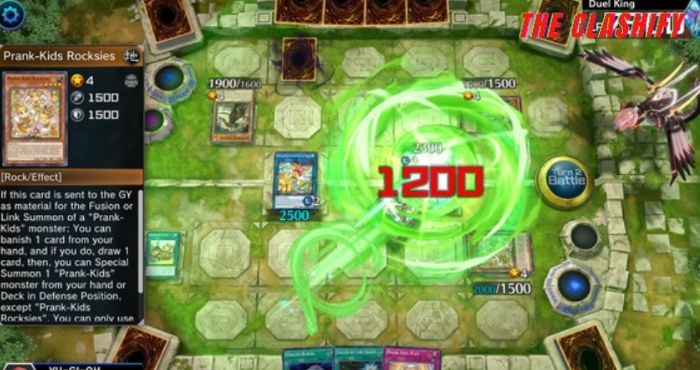 hears some first thoughts for beginners on how u can maximize ur Yu-Gi-Oh Master Duel f2p earning:

Orbs are in-game artifacts used to unlock chapters in Yu-Gi-Oh! Master Duel Solo play. Continue reading to find out how they’re utilized and how to get them so you can continue your epic duels!

How to Get Orbs in Yu Gi Oh Master Duel

Compete in Duels on Solo

Solo Duels are the sole way to acquire Orbs throughout the game. Each Gate in Solo has at least two or more Duels in which a player can engage, with Orbs being the most common reward.

In Solo Mode, there are six different sorts of Orbs that may be acquired by participating in Solo duels, which are spread out over different Gates and Chapters. The types of Orbs awarded to players for successfully completing a duel in a Gate will vary from Gate to Gate, as will the number of Orbs available to each player each victory. Players will need to target the Chapters that reward them with Orbs for their duels in order to farm enough Orbs to unlock Chapters in Gates later on.

How to use Orb in Yu Gi Oh Master Duel

How to unlock Chapter in Yu Gi Oh Master Duel? So Orb is used to Unlock Locked Chapters in Solo

Several locked chapters will appear throughout a player’s Solo experience (usually Side Chapters in a particular Gate). These side chapters will frequently demand the player to utilize Orbs to open them; the sort of Orb required for a chapter will vary depending on the requirements. Players can simply unlock the chapter they want to play once they’ve collected enough Orbs.

If you want to build a certain Yu-Gi-Oh Master Duel archetype look for them in your first 10 pack pull. If you do not pull them but you pulled 3 “useless” URs make them crafting material.

Go into deck builder and filter through cards you do not own, craft the main card/boss monster for your archetype.

This will most likely give you secret packs which is a box with the said archetype cards.

Hope this helps some of you figure out the system a little more. If I left out anything important be sure to leave it in the replies and help others out.

How To Get Yu-Gi-Oh Master Duel Craft Points Easily

Craft Points are a resource in Yu-Gi-Oh Master Duel that can be used to create a single card from the possibilities offered. There are three main ways to obtain them.

Yes, I know, this has been done a bunch of times, but I would like to at least contribute some help to the overall community right now. The modern Yu-Gi-Oh metagame is extremely fast. As in blisteringly fast compared to many people’s experiences from 10+ years ago. This is a comprehensive list of what I would consider necessary staples in the current metagame. This doesn’t include just hand traps, but also generally good traps, board breaker cards, and notes on the general function of these cards in relation to the metagame. It’d be greatly appreciated if people would ask questions (because I’ll be happy to answer) and if others would add notes involving meta decks.

Generic Extenders (Use Against “Meta at Large” and “Necessary” Hand Traps):

Called By The Grave (This is the strongest card for use against hand traps. Whether it be to negate Maxx “C” or activate it set during your opponent’s turn to stop a summon, every new player needs this card in their collection. [#1 Pick for New Players])

Crossout Designator (While being similar to Called By, it requires that you run different hand traps in your main to have viable targets, Its niche case is that it often can win you the mirror match by banishing targets from your own deck or extra deck to shut down the opponent. As the meta develops, this card becomes more viable because its usually known by that point the 3 most popular hand traps of a given time period.)

Emergency Teleport (Ghost Ogre and a number of psychic monsters can be quickly summoned to play through a sudden Nibiru or delay the use of your normal summon.)