Zenith MMO class system provides for a wide and innovative gameplay style. DPS, Tank, and Support are the three roles that each class can perform.

The Blade Master imbues their bodies and physical weapons with essence to augment a lifetime of physical combat training. Using their abilities and skills, she can overwhelm their opponents with physical onslaughts, shield their party members, or even support them with curative abilities and passive effects.

This dynamic class uses two weapons to execute skills using physical gestures. Some skills require both swords, while others are executed with just one. Combat feels fluid, strategic, and fast-paced — almost dancelike.

“As the monster bore down on her teammates, she threw herself in front of them, blocking it with both blades. Her force of will caused an overflow of essence to transfer into the blades, and with a single burst, she uncrossed them and knocked the monster to the ground. She advanced, knocking it down again and again as her teammates looked on, stunned. When all was said and done, Rin had pushed the monster back almost 100 meters before it fell.

When word got around Zenith, people started referring to her as “Rin the Ram”, the fearsome Blade Master who led the charge. When asked about it, she usually just shrugs and says, “Anything for my friends.”” 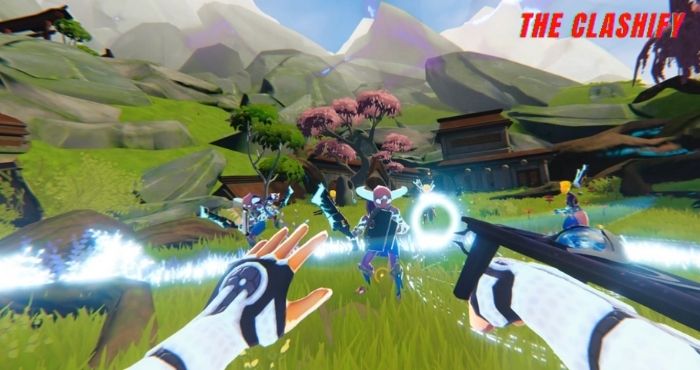 The Zenith MMO Essence Mage embraces both destruction and restoration. With skills like tossing flaming (or freezing) balls, and channeling elemental beams while expanding their talents to make them versatile in any situation.

Essence mages can rip apart the fabric of space and time, to teleport instantly between two locations. Depending on their specialization, these powerful magicks can also leave powerful AOEs behind that buff, or damage.

“From a young age, promising candidates are selected from the general population of Zenith to undergo this strict training. The learning of the way is strictly regulated, as it relies on hidden teachings that can only be discovered outside of the city. Unlike citizens of Zenith, essence mages spend a large part of their teenage years learning how to manipulate essence outside of Zenith, and so they interact with both Zenitheans, as well as the wandering, nomad clans of the borderlands. Because they lead such cloistered lifestyles but share so many experiences normal citizens never see, they are at once more knowledgeable and more sheltered.

Using superior equipment is one of the most important methods to become stronger in Zenith. There are two sorts of equipment: weapons that boost your damage and armour that increases your defence.

Equipment has a number of randomised features, including

Equipment can now be gained as a drop from fallen foes, from chests strewn about the world, or by synthesising it directly.

So guys, That’s it for now.