How to get units in Undertale Tower Defense?

Note: all special units have a special ability

Secret encounters happen with a 10% chance (in specific waves) in maps where there are 2 different possible encounters. (secret unit encounters only happen on genocide mode)

In case there’s only one possible secret encounter then it’s a 20% chance. 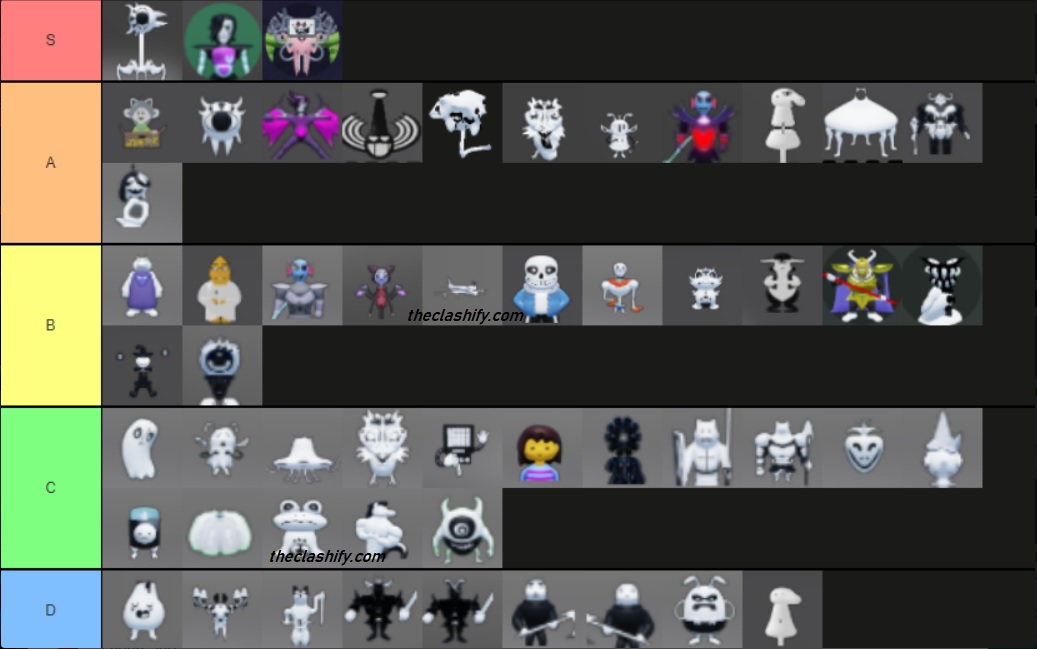 -Underground Tester – Awards a x3 XP boost and is only available for those who tested the game in its early access. Changed to 1.5x exp and souls on release.

The End – Awards 1.5x exp and is for those who completed The End in the neutral route.

genocide – Awards 1.5x souls and is for those who beated last corridor

After reaching the requirement, you can then upgrade them.
(Determination is required from the determination skill tree for level 6)
(It’s unknown why there is a level 7 requirement or why it appears in the first place)