The basics of this game!

LMB(Left Mouse Button) – Basic click attacks, used to start or extend combos or to end them

F – Blocking, Used to block attacks. Some attacks can get you guard broken, Stunning you enough for your opponent to start a combo

F (0.25s Time Window) – Perfect Blocking, It happens when you block a certain attack at the exact moment, stunning the enemy, allowing you to start a combo

Q – Dash, Used to dash right at your enemy or to avoid attacks, Can be used twice before going on cooldown (When below 25% HP you can only dash once)

G – Awakening, Purple bar below HP Bar, it can be gained through dealing damage, once its filled up you can press G to awaken or to unleash your ultimate move.

Can be used to purchase characters in the character roster page.

You get money everytime you kill someone in any gamemode, you can also get dollars from winning gamemodes, with the rates being 2 dollars a kill and 10 dollars a win.

Currency used to buy, as of now, the characters shown in the Anime girl summer page.

You get one token every time you beat the Senator Armstrong boss, for more info regarding him, please see the GameModes page.

The Basics of gamemodes.

In each game mode you’re gonna spawn with 3 lives(4 including your current one when you spawn), Once you hit 0, you lose and get sent to the lobby where you’re able to spectate players. Also, See – AU Reborn Trello Roblox – Skins & Official Trello Link 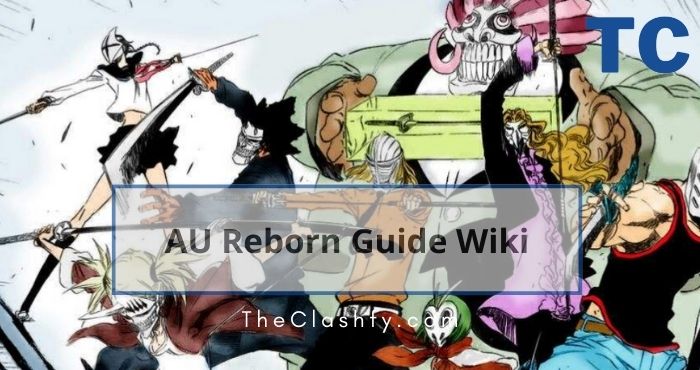 There are so many game modes in Au Reborn

In this Game mode, Players are divided on 2 teams each, Red and Blue, the squad that kills the other squad wins

In this Game mode, Players are divided into teams of two people The duo that kills the other duos, wins

In this Game mode, Players get in teams of 3 players, The first trio to eliminate all the others wins

In this Game mode, Players are devided into teams of 4 people, the squad that kills the other squads, wins

In this Game mode, Two teams are created, Juggernaut and players, The jaggernaut is a single player with buffs, Like damage resistance, The other players must kill the juggernaut, otherwise the jaggernaut will kill them, Winning the game

In this Game mode, Players are teleported into the selected map, Battling eachother in an FFA(Free For All) style, The player that survives and kills the others, Wins

In this Game mode, Upon joining ranked and joining 1v1s, You’ll be teleported to the lobby with your opponent, upon lowering their lives to 0, The player wins

In this Game mode, Upon his gamemode being voted, players will be teleported to a new map with senator armstrong, killing him grants you 1 token, however, you need to survive, otherwise you won’t be granted the token

For Giorno, when you are low health and do damage, your second bar will go up, once your bar is at 100% you can press 5 on your enemies and do your Resolve Also known as 7 Page Beatdown

What Is a ” Au Reborn Resolve”

Au Reborn Resolve is basically plot armor when the person in an anime (usually the main character) Is about to be defeated, but then comes with a resolve / powerful counter attack to win the battle.

This is mostly seen in JoJo’s Bizarre Adventure, for example when Giorno is about to be defeated by green day but then comes with a resolve which is what we know today as the famous 7-page Muda beatdown

Au Reborn Training Mode is where you get to test the characters you buy by doing things such as testing their moveset, seeing which moves guard break, and which don’t guard break, as well as finding combos that can be true or not, the possibilities are endless.

The Au Reborn Battle Pass possesses 50 tiers, with the last one being theAu Reborn Rengoku character. Obtain the battle pass by spending 400 robux or buy a single tier for 40 robux

Tengen uses his nichirin blades to attack his opponent, mixing slashes and stabs, with the final attack knocking the opponent back, if blocked block breaks. Does 13.5 damage total.

Tengen throws beads infront of him which then explode, this move can be used 3 consecutive times before going on full cooldown, if used once then it goes on 1/3 the cooldown. All three uses are blockable together, doesn’t knock back. The entire thing hits 5 times with each doing 2.5 damage.

Tengen promptly raises his blades overhead and slashes them downward, causing an explosion which sends any enemies hit by it flying. Blockable. Deals 6 damage.

Au Reborn  Tengen dashes a short distance then starts swinging his blades by their hilt chains(?). This causes a series of explosions which do 0.8 damage each and cover the entire screen and increases movement speed. Hits 33 times(?). Entire thing is blockable. Doesn’t knock back.

After a short wind-up of Tengen raising his nichirin blades, he brings them down, slashing the enemy consecutively. This move hits 10 times with each hit doing 0.5 damage. The last hit block breaks and this move doesn’t knock back.

Identical to base roar except now it does 15 damage

After a start-up similar to that of his base’s 4 only a little bit faster, Tengen starts swinging his Nichirin blades aimlessly around himself. This move hits 20 times with each dealing 0.5 damage. Doesnt knock back. Everything is blockable except for the last hit.

Without warning, Tengen begins swinging his Nichirin blades around himself causing explosions to appear and cover a massive Aoe. Blockable and doesnt knock back.

Identical to base except for damage and now initial dash goes further and movement speed increased and damage is buffed to nerfed to 0.33 but now it hits more times. Last hit block breaks. Doesnt knock back

Kokushibo does a short-ranged slash with moons swirling in front of him that stuns the opponent in place.

Au Reborn Kokushibo stances up, and starts rapidly slashing moons in a cone-shape towards his opponent ruthlessly.

Au Reborn Kokushibo sheathes his sword for a second, before rapidly slashing upwards, blasting the opponent away. Guardbreak.

Au Reborn  Kokushibo slashes forwards once, creating a four-way slash that blasts the opponent away. Guardbreak.

Au Reborn Kokushibo does a enormous slash forwards, crushing anybody in front of it with it’s pure strength, stunning for a while.

Au Reborn  Kokushibo rapidly slashes in front of him, creating a vortex of moons and slashes.

Au Reborn  Kokushibo spins around rapidly, stunning the opponent in a whirlpool of slashes.

Au Reborn Kokushibo, with his power, makes beacons of power erupt from the ground, skewering the opponent from below.

Obtain This Character, By Unlocking The Battle Pass, and reaching the final tier, Tier 50, To Unlock Rengoku

Rengoku Charges up a fast flame breathing slash, This Move Does Guard Break On 2nd hit

Rengoku slashes his sword upwards, with his flame breathing enhancing the damage, This Move Does Guard Break

Rengoku charges up a quick flame breathing down-slam, This Move Does not Guard Break

Rengoku locks on to a opponent, and charges his flame breathing exorcism art 9th form RENGOKU!! [This will one shot & cant be blocked]