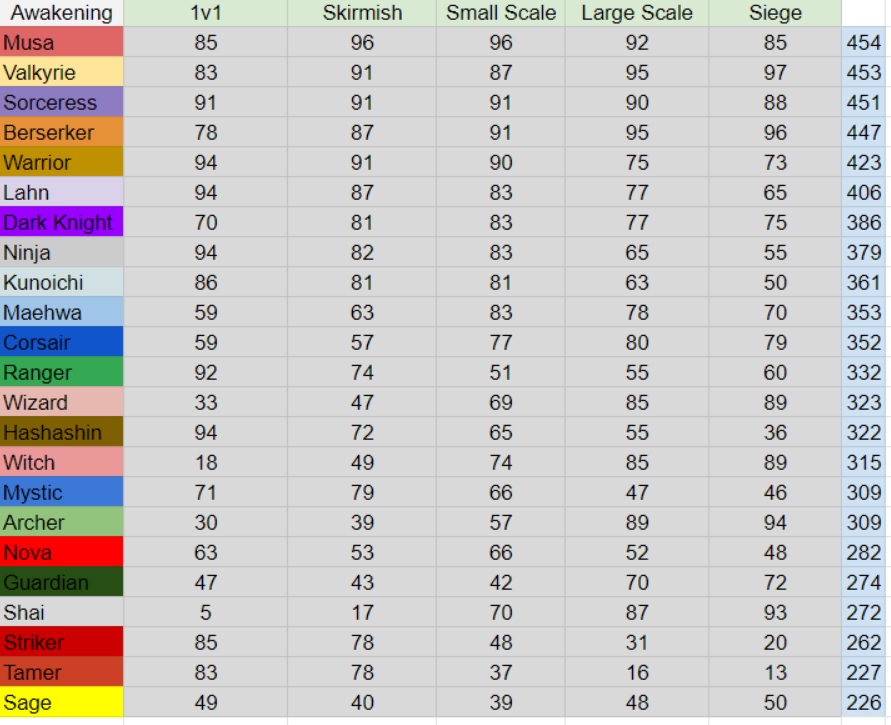 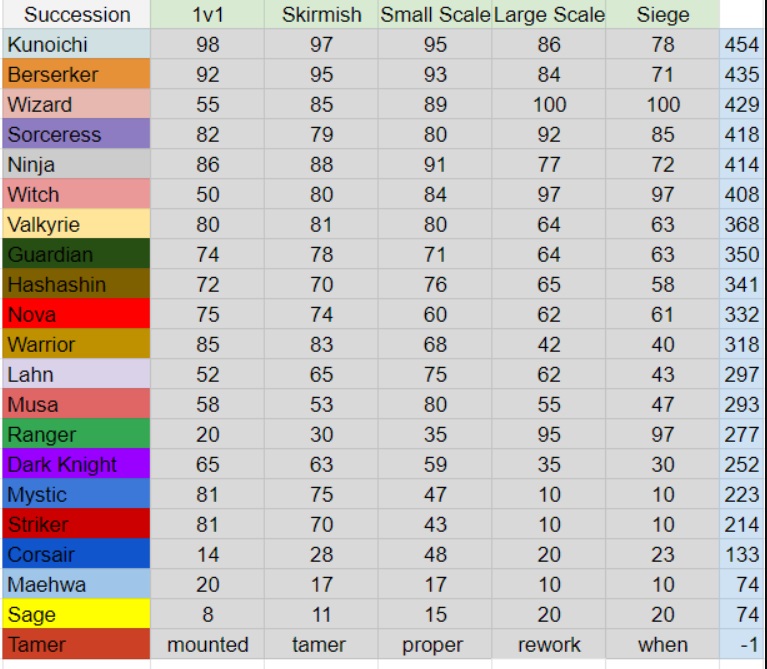 Musa – The Musa class’s best weapon is a Blade, while their secondary weapon is a Horn Bow. Musa’s awakening weapon, the Crescent Blade, is unlocked at level 56.

Berserker – Berserkers use a war ax in each hand and a variety of grips to stop their adversaries in their tracks. With grabs that ensure the Berserker is a threat to anybody who enters his path, his huge axes just eviscerate adversaries.

Sorceress – The Sorceress is a mysterious class that wields evil magic with the aid of an Amulet and Talisman. By closing the gap rapidly to deliver a hard punch, she deceives and confuses her opponents, then dodging just as the situation begins to look bad. This increases her survival while also causing her foes to be continually disrupted. She is more difficult to play than the other classes, but she is far more effective in combat.